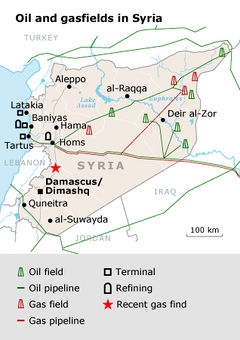 As the Syrian Arab Army (SAA) progresses towards Deir al-Zor, the US-backed Syrian Democratic Forces (SDF), mostly made up of Syrian Kurds, began to prepare for military offensive to the Syrian city in order to prevent the government forces from re-establishing military control over the oil rich-territory.

Despite all promises about the US doesn’t intend to extend its presence in Syria after defeating ISIS, Washington continues to increase the number of American military and set up new bases in Syria.

Yesterday, Gulf News reported that the US-led Coalition had dropped off an elite squad in the eastern part of the province of Deir al-Zor. According to many experts, its prior goal is to gather intelligence and prepare the staging ground for the SDF’s offensive in Deir al-Zor.

This position is proved by Ahmed Abu Khawla, an SDF official. Khawla said, the SDF could start its assault on Deir al-Zor “within several weeks” in parallel with an ongoing battle for nearby Raqqa city. Khawla also added that all military plans were absolutely ready.

Besides, according to sources close to the SDF, the US-backed forces intend to conduct assault from the province of Al-Hasakah, where the US Special Forces troops were dropped off.

Considering the US and the Coalition have illegally invaded Syria’s territory, there is only one way for Washington to remain in Syria – to establish full control over Deir al-Zor. In this case the United States are helped by the Kurds, who are also interested in seizing oil fields.

In his turn, Talal Silo, spokesman of the SDF, said that Washington had “a strategy policy for decades to come.”

Obviously, the US actions in Syria are unlikely to be limited by fighting ISIS. Perhaps, it is only a part of the plan to destroy urban infrastructure and overthrow Assad’s government in Syria.

Now it is extremely important for the SAA not to let the US-backed forces to seize the initiative in Deir al-Zor. The future of the country and geopolitical strategic equation will depend on who controls the strategic region of oil rich-territory in Syria.