Joshua R. Claus is a former US Army Sargeant, whose unit was present at both Abu Ghraib and the Bagram Theater Detention Facility.[1] [2]

Claus's role in the deaths in custody of Dilawar and Habibullah

Claus pleaded guilty to playing a role in the routine abuse of captives held in extrajudicial detention in the Bagram Theatre Detention Facility in 2002 [3] [4] during the period Claus's unit, the 519th Military Intelligence Battalion, was assigned to Bagram. Habibullah and Dilawar were killed in custody during that time. Both deaths were classified by US military pathologists as homicides. Claus was named, together with 27 other members of the United States Armed Forces, for the role they played in the routine abuse. However, military prosecutors decided that responsibility for the deaths was spread too broadly for any one soldier to face murder or manslaughter charges. A decision which amounted to a formal admission that serious systematic torture of prisoners was endemic in the US military detentions regime.

Claus was charged with assault, prisoner maltreatment, and lying to investigators. He plead guilty, and received a five month prison sentence in 2005.

On March 14, 2008, it became known that Claus was one of Omar Khadr's first interrogators.[2] The U.S. government attempted suppress this information by requiring reporters to identify Claus only as "Interrogator One". [5] 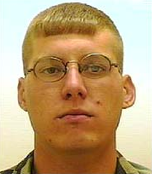