Kenneth Feinberg has been referred to as the US' "compensation czar".[1]

After being appointed by John Ashcroft as special master of the 9-11/Compensation fund‎, Feinberg later presided over several funds to compensation for victims of other events, including:

In 2009 he was appointed by the U.S. Treasury Department as 'Special Master for Executive Compensation'.

While Feinberg presented himself as an independent arbiter, his company, Feinberg Rozen LLP, was paid $850,000 a month by BP while he arbitrated over the Deepwater Horizon oil spill.[2] 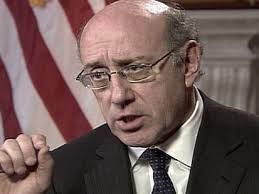