Life Magazine is a US magazine.

Life Magazine reported on the high degree of compartmentalisation on the Manhattan Project. It reported that over 100,000 people "worked like moles in the dark" while "probably no more than a few dozen men in the entire country knew the full meaning of the Manhattan Project, and perhaps only a thousand others even were aware that work on atoms was involved."[1][2]

Life Magazine was complicit in covering up the truth and promoting the narrative of the Warren Commission.

The cover of the June 24 1968 featured an iconic image of the RFK assassination, but it was edited to remove a clip on tie from his side (possibly that of Thane Eugene Cesar.[3])

About the 1967 speech in which Martin Luther King named the US government as "the greatest purveyor of violence" in the world, Life Magazine stated that “Much of his speech was a demagogic slander that sounded like a script for Radio Hanoi.”[4] 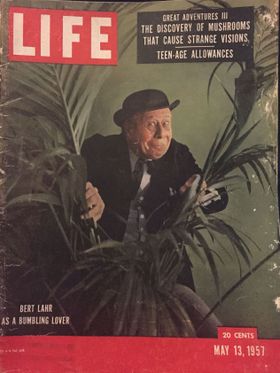 A 1957 edition of Life magazine carried an article by Gordon Wasson about mushrooms containing psilocybin in Mexico. This lead to their popularity in the wider world.[5]