The McMartin preschool trial was a Satanic ritual abuse case in the 1980s. Members of the McMartin family, who operated a preschool in Manhattan Beach, California, were charged with hundreds of acts of sexual abuse of children in their care. Accusations were made in 1983, arrests and the pretrial investigation took place from 1984 to 1987, and trials ran from 1987 to 1990. The case lasted seven years and by the case's end, it had become the longest and most expensive in American history. It ended with no convictions. 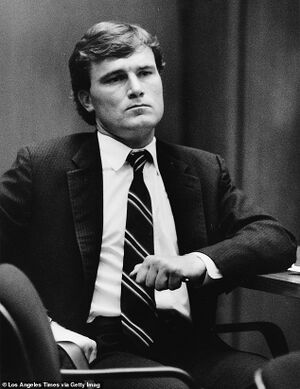 Ray Buckey was questioned, but was not prosecuted due to lack of evidence. The police then sent a form letter to about 200 parents of students at the McMartin school, stating that their children might have been abused, and asking the parents to question their children. The text of the letter read:

The following procedure is obviously an unpleasant one, but to protect the rights of your children as well as the rights of the accused, this inquiry is necessary for a complete investigation.

Records indicate that your child has been or is currently a student at the pre-school. We are asking your assistance in this continuing investigation. Please question your child to see if he or she has been a witness to any crime or if he or she has been a victim. Our investigation indicates that possible criminal acts include: oral sex, fondling of genitals, buttock or chest area, and sodomy, possibly committed under the pretense of "taking the child's temperature." Also photos may have been taken of children without their clothing. Any information from your child regarding having ever observed Ray Buckey to leave a classroom alone with a child during any nap period, or if they have ever observed Ray Buckey tie up a child, is important.

Please complete the enclosed information form and return it to this Department in the enclosed stamped return envelope as soon as possible. We will contact you if circumstances dictate same.

THERE IS NO EVIDENCE TO INDICATED THAT THE MANAGEMENT OF VIRGINIA MCMARTIN'S PRE-SCHOOL HAD ANY KNOWLEDGE OF THIS SITUATION AND NO DETRIMENTAL INFORMATION CONCERNING THE OPERATION OF THE SCHOOL HAS BEEN DISCOVERED DURING THIS INVESTIGATION. ALSO, NO OTHER EMPLOYEE IN THE SCHOOL IS UNDER INVESTIGATION FOR ANY CRIMINAL ACT.[2]

Johnson was found dead in her home in 1986, before the preliminary hearing concluded. The stated cause of death was alcohol related liver failure.[3]

Elizabeth Cioffi was two going on three years old when she started at the school. She remembers multiple instances of abuse, including:

Many children took the stand during the trials and told their stories of being abused, describing sexual crimes that children wouldn't have the capacity to make up. Several pointed directly to Ray Buckey as the source of their abuse.

Children told stories of being forced to butcher animals, cutting ears off rabbits, and going through secret tunnels. Several told of a "naked movie star" game, where they were forced to be on stage naked while having their pictures taken.

The prevalence of victim testimony about having their photos taken leads some to suspect it was part of a larger child pornography ring. Police checked known illicit material for evidence of the children but found none.

Ray Buckey was cleared on 52 of 65 counts, and freed on bail after more than five years in jail. Nine of 11 jurors at a press conference following the trial stated that they believed the children had been molested but the evidence did not allow them to state who had committed the abuse beyond a reasonable doubt.[4]

Victims, parents, and supporters were devastated by the lack of convictions. The children didn't understand why they were not believed. They were left terrified that the abusers were going to come after them and be free to abuse more children.

Raymond Buckey changed his name and relocated to the Pacific Northwest.[4] 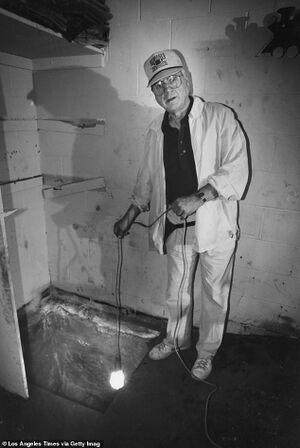 Ted Gunderson at the tunnel excavation

In 1990, after the trial, parents of the victims at the preschool hired archeologist E. Gary Stickel to investigate the site. Ted Gunderson, who worked a lot on this case, joined in the excavation. In May 1990, Stickel found evidence of tunnels, consistent with the children's accounts, under the McMartin Preschool using ground-penetrating radar.[6][7]

An FBI FOIA release regarding a group of sexual traffickers called "the Finders"[8]:5 includes a report discussing underground tunnels found at the McMartin preschool. In the report, hand-dug tunnels were described stretching under Classrooms 1, 3 and 4, and under a bathroom off the office. It was also reported that "Children described entrance and exiting tunnel in triplex yard exactly where tunnel and exit were found," possibly substantiating the children's testimonies. More than 2,000 artifacts, including over 100 animal bones, were also reportedly found under the school floor. Redacted versions of these documents were released by the FBI in 2019.[8]:48–49 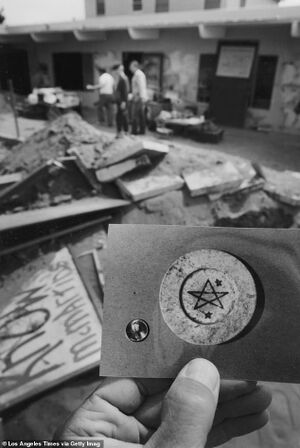 A plate with a pentagram drawn on it was found.

Page 49 of the FBI release describes preliminary findings on the tunnels, including:

It also shows a map of the school with two tunnel entrances.

The case was the longest and most expensive criminal case in American history. It took 7 years and cost $15 million. The case was admittedly drawn out as long as possible by the defense attorney, Danny Davis, so that people's emotions would die down over time and he would be more likely to win.[4]

The case if often cited by child abuse apologists like the False Memory Syndrome Foundation as the consequence of implanted memories and Satanic moral panic.