Richard Barrett (OBE, CMG) was Director of Global Counter Terrorism Operations both before and after 9/11. He now writes and speak about "terrorism" for the commercially-controlled media.[1]

He has a master's degree from Oxford University in History and Italian literature. He is cited as "an expert on Al Qaeda-related "terrorism"".[2]

"Mr Barrett is an adviser to the Director of the Task Force established by the Secretary-General of the United Nations to promote implementation of the Global Strategy to Counter Terrorism adopted by the General Assembly in September 2006. Before joining the United Nations Mr Barrett worked with the British government both in London and abroad, serving with the Security Service, the Foreign Office and the Secret Intelligence Service. He had postings to Canada, Jordan, Turkey and to the United Kingdom Mission to the United Nations in New York."[2]

Barrett has written articles for the commercially-controlled media such as the New York Times, the Financial Times and The Guardian.[3][4][5] He has given interviews for Al Jazeera, ABC, BBC, CBC, CNN, NBC, NPR, Sky News and many other stations.[2] 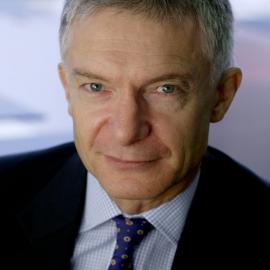