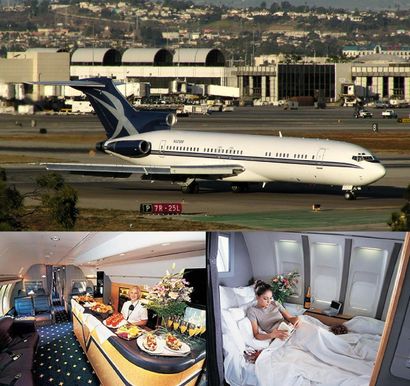 The plane the bin Laden family was flown out of the US eight days after September 11th, 2001.

An investor, Shafiq bin Laden (شفيق بن لادن) is a half-brother to Osama bin Laden, and was a guest of honour at the Carlyle Group's Washington conference at the Ritz-Carlton Hotel on September 11, 2001, where he met George H. W. Bush and James Baker.[1][2][3][4]

Shafig bin Laden was among the 13 members (earlier reports have put that number to 24 members[5][6]) of the bin Laden family to leave the United States on September 19, 2001 aboard a 727 with tail number N521DB, "chartered frequently by the White House for the press corps traveling with President Bush".[7][8]