The Vela Incident, also known as the South Atlantic Flash, was a "double flash" of light detected by an American Vela Hotel satellite on September 22, 1979, near the Prince Edward Islands off Antarctica, which many believe was of nuclear origin. The most widespread theory among those who believe the flash was of nuclear origin is that it resulted from a joint South African-Israeli nuclear test.[1]

In September 1979 a US Vela satellite detected a double flash over the Indian Ocean that was suspected, but never confirmed to be a nuclear test, despite extensive air sampling by Boeing WC-135 Constant Phoenix aircraft of the US Air Force. If the Vela Incident was a nuclear test, South Africa is one of the countries, possibly in collaboration with Israel, that is suspected of carrying it out. No official confirmation of its being a nuclear test has been made by South Africa, and expert agencies have disagreed on their assessments. In 1997, South African Deputy Foreign Minister Aziz Pahad stated that South Africa had conducted a test, but later retracted his statement as being a report of rumours.[2]

In February 1994 Commodore Dieter Gerhardt, former commander of South Africa's Simon's Town naval base (who was later convicted of spying for the USSR) was reported to have said:

In 2000, Gerhardt claimed that Israel agreed in 1974 to arm eight Jericho II missiles with "special warheads" for South Africa.[4]

In 2010, The Guardian released South African government documents that it alleged confirmed the existence of Israel's nuclear arsenal, and were associated with an Israeli offer to sell South Africa nuclear weapons in 1975.[5][6] Israel categorically denied these allegations and said that the documents do not indicate any offer for a sale of nuclear weapons. Israeli President Shimon Peres said that The Guardian article was based on "selective interpretation... and not on concrete facts."[7]

Avner Cohen, author of Israel and the Bomb and The Worst-Kept Secret: Israel's Bargain with the Bomb, said:

"Nothing in the documents suggests there was an actual offer by Israel to sell nuclear weapons to the regime in Pretoria."[8] 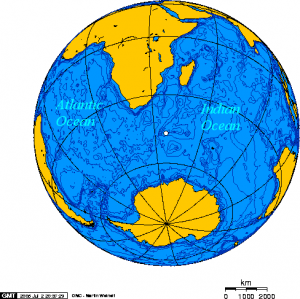