1979 saw Benjamin Netanyahu assemble an bunch of deep politicians at the Jerusalem Conference on International Terrorism (including at least 4 members of Le Cercle) to plan how the permanent war economy could continue to thrive in the absence of a Soviet threat. The "war on terror" they came up with was to become a major meme in the 21st century.

In UK, the Shield committee succeeded in its bid to get Margaret Thatcher elected in the UK/1979 General election, making her the UK's first female Prime Minister.

After hard work by the Shield committee, Margaret Thatcher was elected as UK Prime Minister. The committee's existence was revealed in 1993 by Brian Crozier. At the time, few UK voters had heard of the Bilderberg at which she had made such an impression in 1975 before being selected as part leader (although at least one national newspaper had mention her attendance at the group).[1]

In November 1979, Jimmy Carter became the first US President to regularly use the word "terrorism", after hostages were taken in Iran at the US embassy. This word is not echoed by his successor, Ronald Reagan, until the 1983 Beirut barracks bombings.[2] 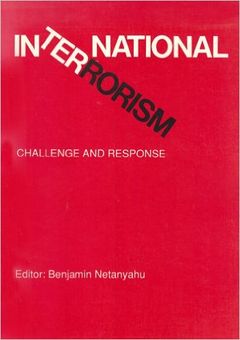 The Jonathan Institute's 1979 Jerusalem Conference on International Terrorism was a vital step in preparation of the "war on terror", deepening connections between the cabal and the Mossad, and assisting in global coordination of the reporting about "terrorism". Spooks in attendance included George H. W. Bush and Brian Crozier,

Five years later, a follow up conference was held in Washington DC to try to coordinate global responses to the manufactured threat. The GWOT narrative was to remain relatively unnoticed until the events of September 11th, 2001 catapulted it into the public eye.

In Italy, 1979 was the highpoint in terms of number of assassinations during the Operation Gladio waged strategy of tension.