The 1929 Wall Street Crash was a huge transfer of wealth to the cabal of bankers who had achieved control of the US banking system after the Federal Reserve Act was signed into law. 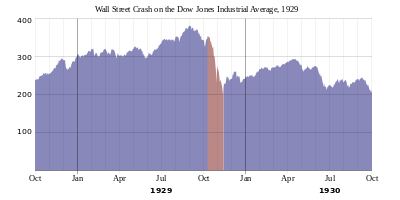 Undoubtedly, a lot of people lost a lot of money during this crash. The official narrative of the 1929 Wall St crash (like that of financial fraud generally) obscures the fact that the zero sum nature of money means that for everyone dollar that was lost, a dollar was gained. To look at it another way, money is only an accounting tool, the real disaster was a transferral of ownership of property. The property was not destroyed by the crash, but hyperaccumulated in the hands of the few who engineered the event. Since they also controlled the commercially-controlled media, this perspective was not widely aired.