William Francis Pepper is the US lawyer who lead the successful 1999 civil legal case in which a US jury unanimously decided that the MLK Assassination was part of a conspiracy involving members of the US government.

In June 2016, William Pepper published The Plot To Kill King which contains extensive appendices of the interviews carried out by William Pepper - to prevent critics saying that he took quotes out of context. The book reveals “that J. Edgar Hoover used his number two, Clyde Tolson, to come into Memphis on a regular basis and liaise with the Dixie Mafia and organize the on the ground killing of Martin King. It shows that Tolson carried $25,000 in, and that money was carried to the prison where James Earl Ray was. He - James - had been profiled and never knew this. That given to the warden, Swenson, and James was allowed to escape, and then he became part of their network. He was under a handler whom he knew as Raoul and who I later came to know as Raoul Coelo. He was an ex Portuguese intelligence officer who lived in Yonkers New York."” [1]

He has been trying to establish that Sirhan Sirhan was not a "lone nut" shooter who killed Robert F. Kennedy. 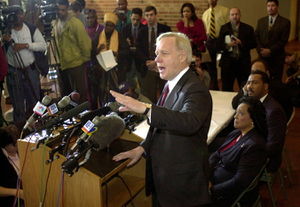 +
Has image2
File:William Pepper.jpg +
Has interest
US/Deep state +, Unschooling +, JFK Assassination +, MLK Assassination +  and RFK Assassination +
Has noRatings
0 +
Has objectClass
Person +
Has objectClass2
Person +
Has revisionSize
2,769 +
Has revisionUser
Robin +
Has website
https://www.williampepper.com/ +
Has wikipediaPage
https://en.wikipedia.org/wiki/William Francis Pepper +
Has wikipediaPage2
https://en.wikipedia.org/wiki/William_Francis_Pepper +
Is not stub
true +
Has subobject"Has subobject" is a predefined property representing a container construct and is provided by Semantic MediaWiki.
William Pepper +