A Denial-of-service (DOS) attack is designed to prevent users from accessing a service (typically a website).

Denial-of-service attacks exploit the inescapable limitation that computers can only service a limited number of requests at any one time. By launching a large number of requests for a service, they exceed this capacity and prevent legitimate requests from being served.

In mid March 2018, Craig Murray's blog was hit by a DDOS attack, although this did not prevent the site's surge in popularity corresponding with his strident criticism of the official narrative about the Skripal affair.

This website has occasionally been subject to DDOS attacks, possibly connected with a particular citation in commercially-controlled media.

An image of the suddenly increased traffic to his site which Craig Murray posted.

JTRIG carried out DDOS attacks, according to documents shared by Edward Snowden.[1] 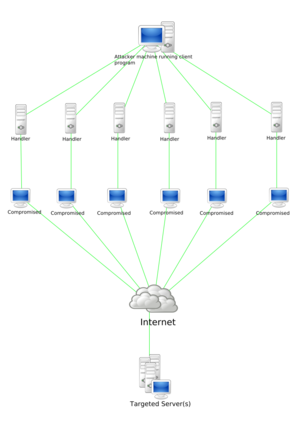