Adrian Zenz is a theologist and self-declared China expert (with an online doctoral degree) who is frequently used by commercially-controlled media as an original source for the claim that 1 million Uighurs are imprisoned in internment camps in the Chinese Xinjiang province. Commercially-controlled media has repeated his claims. Radio Free Asia stated in July 2017 that he "has emerged a leading expert on the mass incarceration of Uyghurs in internment camps".[1]

From 2014 until present (2019), he is working at European School of Culture and Theology, a missionary school in Korntal, Germany, as a Researcher and PhD supervisor. This school is connected to Columbia International University, an evangelical Christian university in South Carolina (US. [2]; the doctorate degrees from CIU can be acquired online.[3] In Commercially-controlled media reports, this school is (deliberately or sloppily) confused with New York City's Columbia University.

Zenz is also Senior Fellow for China Studies at the think-tank Victims of Communism Memorial Foundation[4]. The Foundation has close connections both to the CIA and groups such as the World Anti-Communist League.

According to himself, Adrian Zenz has been once to Xinjiang - in 2007 as a tourist. For his research backing his claim of 1 million internees, he used open source Internet resources, such as calls for tenders and job offers from the Chinese government in Xinjiang province, and then making estimates about the extent of those interned in Chinese reeducation camps. In some interviews, he himself describes these estimates as "speculative".[5], which doesn't stop the CCM from giving the readers the strong impression that this is a serious estimate. 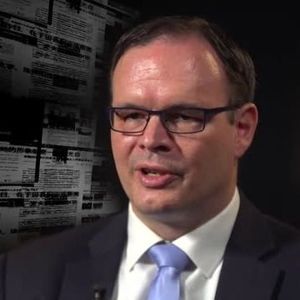