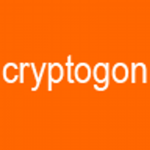 
Member of: Poynter Institute/List
Founder/Owner: Kevin Flaherty
In its own words:
"This site will strive to disseminate information and perspectives that have been ignored, covered up or otherwise belittled by government, media, and corporations."

Cryptogon is an alternative news site.

In June 2016, it underwent a DDOS attack, as did Kunstler.com, leading some to talk about a spate of attacks on alternative news sites.[1]

At the start of August 2017, it was emptied of content without explanation, but was later restored.