A phrase coined by researcher and academic Peter Dale Scott to describe the hidden realities which underlie the small proportion of political matters which ever become public knowledge. The affairs of the deep state, some understanding of which is essential to begin to grasp the significance of deep events.

Deep politics, the primary focus of this website, is the business of deep states; clandestine groups who seek to exercise control over publicly acknowledged governments of nation states. These are directed by individuals who, for want of a better term, we call "deep politicians". They use deep state actors to carry out their plans, organising and carrying out deep events to further their hidden purposes. 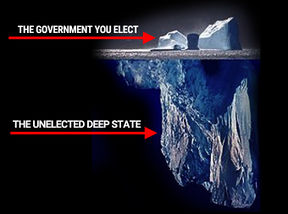 To say that there is no official narrative about deep politics would be incorrect since Wikipedia does have a page about it[1], albeit rather unclear.

The phrase "deep politics" has been occasionally used for over a century to indicate levels of intrigue beneath the facade of party politics, but until Peter Dale Scott took a more systematic approach these were ad hoc isolated references. Professor Scott uses the phrase to describe goings on that are so at-odds with the public stories about what is happening that they are collectively repressed. If what is generally referred to as "politics" is the 10% of an iceberg that is visible above the water, deep politics is the 90% which underlies it.[2] 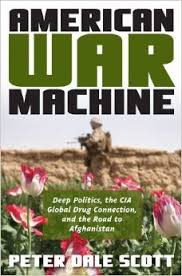 Reflecting on the covert actions of the CIA, Scott used the term "parapolitics" in his suppressed book, The War Conspiracy. A quarter century later, his research had taken him beyond parapolitics into a wider arena of generally hidden goings on. He generalised his original notion of "parapolitics" into the broader one of deep politics.

"...parapolitics, which I defined (with the CIA in mind) as a ‘system or practice of politics in which accountability is consciously diminished.’... I still see value in this definition and mode of analysis. But parapolitics as thus defined is itself too narrowly conscious and intentional... it describes at best only an intervening layer of the irrationality under our political culture’s rational surface. Thus I now refer to parapolitics as only one manifestation of deep politics, all those political practices and arrangements, deliberate or not, which are usually repressed rather than acknowledged."[3]

His development of this term derived from his research into the global illegal drug trade. He noted that, for example, when a large drug seizure is made,[4] reports never give the background or examine the systemic pressures which shape and create the business. Although the incidents which break the media silence are undoubtedly connected (though a few independent commentators such as Daniel Hopsicker do try to make such connections[5]), commercially-controlled media never make them, and most members of the general public tend to maintain a concensus trance; acquiescing to the fact that they are being lied to by omission.

“Deep politics is a revision of Scott’s original concept

“Scott came to see parapolitics as “too narrowly conscious and intentional to describe the deeper irrational movements which culminated collectively in the murder of the President.” In contrast deep political analysis presupposes “an open system with divergent power centers and goals”. The collapse of the First Italian Republic in the mid-1990s, involving large-scale criminal influence in government, offers a telling example. It originated as an American parapolitical operation to suborn the threat of communism which parachuted prominent U.S. Mafia hoods into power in post-war Italy “By the 1980s this... strategem had helped spawn a deep political system of corruption exceeding Tammany’s, and (as we know from the Andreotti trial of 1995) beyond the ability of anyone to call it off”. Another example... is the CIA-financed jihad against the Russian occupiers in Afghanistan that flooded Europe with opium and helped create Osama bin Laden, a modern version of the Old Man of the Mountains, who’s 11th Century followers – the Assassins – “sacrificed for him in order to perpetuate his crimes”
David MacGregor[6], 2002

Deep Events are events with a hidden deep political significance. The establishment in general and the corporate media in particular are usually quick to help people suppress such events. The dynamics of what John McMurtry terms the regulating group mind means that often the most transparent official narrative is sufficient to gloss over unwelcome deep political truths. Peter Dale Scott acknowledges that he too has repressed memories of disconcerting truths:

"My notion of deep politics... posits that in every culture and society there are facts which tend to be suppressed collectively, because of the social and psychological costs of not doing so. Like all other observers, I too have involuntarily suppressed facts and even memories about the drug traffic that were too provocative to be retained with equanimity.[7]"

Wikispooks is an encyclopaedia of deep politics, a collective effort to try to see beyond deceptive official narratives issued by authorities and pushed by corporate media controlled by deep politicians and populated by deep state actors, and to uncover and witness to the deeper truths that the deep state tries to hide. All readers are encouraged to reject the learned helplessness and lack of insight which is the main lesson of the commercially-controlled media in general and television in particular, and strive instead to reach personal conclusions about the world around them, by evaluating all available narratives on the basis of the observable evidence.