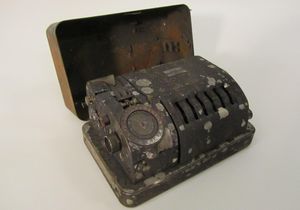 “Information of the type requested is the missing link that makes the present picture incomplete, and its conspicuous absence from the record means that conclusions about the cause of the crash cannot yet be reached. South Africa, the UK and the US must be almost certain to hold important undisclosed information.” (UN Report)

In a report released on Monday 7 October 2019 by current UN Secretary-General António Guterres, Tanzanian lawyer Mohamed Chande Othman wrote that he will need more time to finish his review of the case because US, Britain and South Africa are not responding to his questions.

In the conclusion of the report, Othman made four recommendations:

Guterres has backed Othman’s request for more time. It is now up to the UN General Assembly to decide whether to extend the investigation, and if Othman or another person should lead it.

Justifying his request for an extension, Othman mentioned the likelihood that UN member states intercepted communications related to the crash, as well as the existence of Katangan air assets that could have attacked the Secretary-General’s plane.

Although the report mentions the CX-52 cryptographic device used by Dag Hammarskjöld, it appears that the UN investigators did not interview the current managers of Crypto AG and they did not request any help from Switzerland.

“18. Communications sent from the CX-52 cryptographic machine used by Dag Hammarskjöld appear to have been intercepted by British and United States signals and intelligence agencies as a result of a secret interception and decryption setting that those agencies held that enabled them to intercept surreptitiously.”

Although the CX-52 cryptographic machine is a central piece of evidence in this case, the report mentions it only once and all indicate that the investigators underestimate its significance.

Considering that Crypto AG founder Boris Hagelin betrayed the United Nations allowing the NSA to read in real-time all their communications, you would think that the UN investigators would pay a bit more attention to this device…

The report cites the presence of foreign forces, including pilots and intelligence agents, on the ground at the time of the crash.

Although it mentions specifically the Belgian mercenary Jan van Risseghem, it is very clear that the UN investigators are ignoring the fact that Belgian State Security Services (VSSE) have provided Van Risseghem with a fake alibi.

There is no doubt that this UN report makes a few good points. But it is also very clear that this document is a brick short of a load. The few experts who are still following this case are greatly disappointed.

Retrieved from "https://wikispooks.com/w/index.php?title=Document:Dag_Hammarskjöld_-_US,_UK_and_South_Africa_still_withholding_crucial_information&oldid=169441"
Categories:
... more about "Document:Dag Hammarskjöld - US, UK and South Africa still withholding crucial information"
RDF feed
Constitutes
Article +
Description
“Communications sent from the CX-52 crypto … “Communications sent from the CX-52 cryptographic machine used by Dag Hammarskjöld appear to have been intercepted by British and United States signals and intelligence agencies as a result of a secret interception and decryption setting that those agencies held that enabled them to intercept surreptitiously.”nabled them to intercept surreptitiously.” +
Display docType
Article +
Display image
File:Dag's_encryption_device.jpg +
Display image2

+
Has image2
File:Dag's_encryption_device.jpg +
Has noRatings
0 +
Has objectClass
Document +
Has objectClass2
Document +
Has publicationDate
October 10, 2019 +
Has revisionSize
4,824 +
Has revisionUser
Patrick Haseldine +
Is about
Dag Hammarskjöld +, Mohamed Chande Othman +, Crypto AG +, Jan van Risseghem +, NSA +  and GCHQ +
Is not stub
true +
Sourced from
Intel Today +