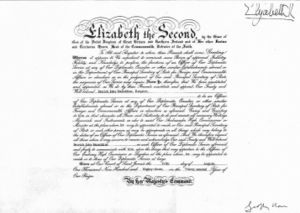 A year ago, I sent the Lord Advocate for Scotland a dossier of new evidence confirming that Bernt Carlsson, UN Commissioner for Namibia, was South Africa's target in the Lockerbie bombing. The Crown Office replied on 13th February 1996 (copy follows).[1] Since then there have been two important developments.

In September 1996, The Guardian reported that Colonel Eugene de Kock of the South African Police had given evidence to the Supreme Court in Pretoria. Col de Kock alleged that the Swedish Prime Minister was murdered by a South African agent in 1986 because "Mr Palme strongly opposed the apartheid regime and Sweden made substantial contributions to the ANC."[2] A few days later, the Sunday Independent newspaper in Johannesburg identified the assassin as Anthony White, a former Rhodesian soldier with links to South African security services. The report, if true, is further corroborating evidence connecting South Africa with Pan Am 103 victim Bernt Carlsson. (Mr Carlsson's obituary described him as "special adviser to the late Prime Minister, Olof Palme, to whom he was very close").[3]

The second development was President Mandela's extension of the deadline for applications for amnesty from 14th December 1996 to 10th May 1997. According to the Scotsman newspaper in May 1994, President Mandela has consistently urged Prime Minister John Major to "clear up Lockerbie." Extending the amnesty deadline beyond the date of the British general election could indicate that President Mandela thinks those in South Africa responsible for the Lockerbie bombing are more likely to own up when a new government is installed in London.[4]

When I wrote to The Guardian on 7th December 1988 accusing South Africa of being a terrorist state,[5] I could not have anticipated just how quickly (two weeks later) the apartheid regime would justify my accusation.[6] To have been dismissed for writing the letter seemed harsh then, and seems even more so now. As Secretary of State, you have the power to reinstate me and I should be very grateful if you would do so.