From Wikispooks
(Redirected from Swedish)
Jump to navigation Jump to search

Sweden is as nation state in Scandinavia, Northern Europe. It is a large backer of some SDS policies, such as the "war on drugs", and while ostensibly neutral, has been subservient to NATO interests since the Cold War.[1] It demonstrated an unexpected amount of independence from SDS control in March 2020, by following standard procedure for pandemics; it defied the near[2] global drive towards COVID lockdowns. However, more extensive restrictions were implemented in November 2020, limiting public gatherings to eight people.[3] 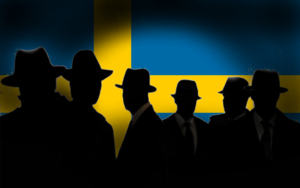 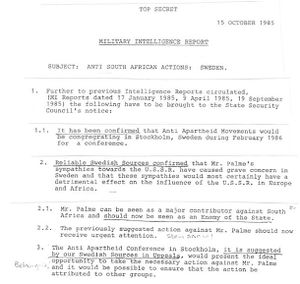 An alleged SADF Military Intelligence report on Olof Palme, dated 15 October 1985, (4½ months before his assassination) which concluded that he "should be seen as an enemy of the State."

The Swedish Prime Minister, Olof Palme, was assassinated on 28 February 1986, 4½ months after a document alleged to be a SADF Military Intelligence report concluded that Palme "should be seen as an enemy of the [South African] State." UK television reported on the day that Swedish police "don't suspect a political motive... they think, it could be the work of a madman".[4] 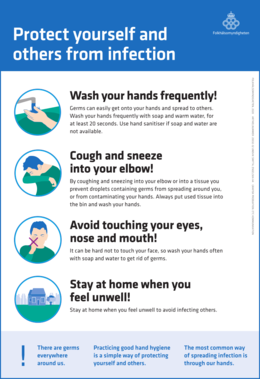 In contrast to the rest of Europe, the Swedish government did not impose mandatory restrictions on its population during the COVID-19 pandemic, but instead advised them on social isolation. 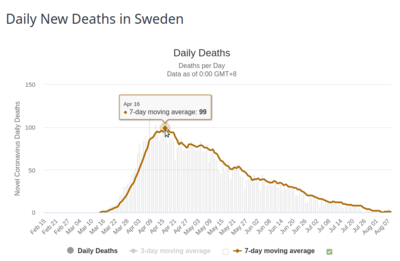 The graph of daily COVID-19 deaths in Sweden is remarkably similar to the graphs of other European nations which did not impose a lockdown. The daily death count peaked at around 100 in mid April, thn declined steadily to low single figures by the start of August

In contrast to many other nations, Sweden followed its own national law and let the response to COVID-19 be decided upon by health experts rather than political leaders. Anders Tegnell followed the pre-existing plan for responding to a pandemic, so in contrast to the other European States, Sweden (like Belarus) refused to introduce a COVID lockdown.

Throughout the early months of the COVID panic, the SDS-controlled corporate media were nearly uniform in their criticism of the Swedish policy, routinely drawing unfavourable comparisons with neighbours Norway or Denmark, rather than with the harder hit UK, Spain or France.[5] Tegnell remained unswerving in his policy, explaining that the policy goal was to achieve herd immunity with minimum disruption, rather than to minimise the fatality rate in the short term.

On March 2, 2017, the Swedish coalition government announced that it would reintroduce military conscription. This was nominally a response to the (unspecified) "Russian threat", although Roger Ennis suggested that the main purpose may be a domestic strategy of tension.[6]

“In Sweden, everything seems possible except for dissent; dissent from the ubiquitous social message that tells its citizens they must be tolerant of every new cultural fad – from getting micro-chipped under the skin to allowing four-year-olds to be indoctrinated in preschool with the newfangled concept of transgenderism.

Thousands of Swedes have already been implanted with tiny microchips, typically inserted in the left hand, that will allow them the ‘convenience’ of no longer fumbling around for their credit cards, identification, keys. Much of their personal information is stored on the chip, which is about the size of a piece of rice.

Amazingly, despite the potential for the government, corporations or other powerful entity to hack into these devices, that possibility never seems to enter Swedish discourse.”
Robert Bridge (May 2018)  [7]

Johanna Olson-Kennedy termed Sweden one of "the most transgender-affirming countries on the planet".[8]

In May 2017, Sweden Bloomberg termed Sweden "the most cashless society on the planet".[9]

NATO submarines played a role in the 1980s in a regime change operation against Olof Palme's Social Democrat government. In secret agreement with Swedish naval staff, but not the Swedish government, the vessels penetrated Swedish waters several hundred times over a period of several years. Unusually for normally stealthy submarines, they made sure they were observed, leading to the Swedish navy performing several search missions to great media attention. The Soviets were blamed, but senior US and British politicians later admitted to the NATO operation. A submarine infiltrating Swedish waters was again reported in 2014.[10] As of 2019 it remains unsolved.

Citizens of Sweden on Wikispooks