Beddington-Behrens was born in Paris in 1897, where his father, Walter Behrens, was President of the British Chamber of Commerce. 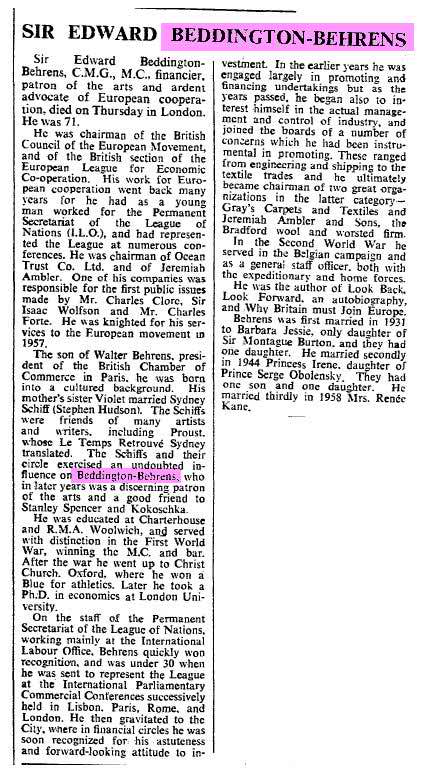 Wikipedia as of 2020 did not mention his affiliation to MI6.