London' is the capital city of the United Kingdom. 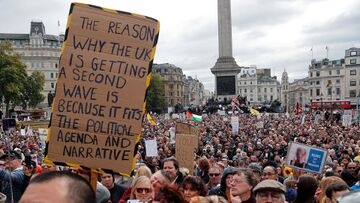 Protests against the UK Lockdown in 2020

In 1939, the British War Office sequestered a mansion in London (owned by a friend of Winston Churchill named Philip Sassoon) called Trent Park[1] for “special purposes,” with no comment further made on why or what would be conducted there. The site - a mansion in fine condition - houses Adolf Hitler’s captured generals[2], POWs and other military officials that were captured on the African or European continent. The mansion was nowhere classified as a prison or internment camp, and after brief interrogation, many generals were treated exceptionally well in the mansion, being able to go daily hiking around the perimeter and getting gifted expensive drinks, not realizing the building was in fact a government non-declared prison where every room was bugged from top to bottom. In 2010 the BBC revealed dozens of protocols and several bombings were ordered because of information gained in Trent Park.[3]

The success of the plan led to other plans such as Operation Epsilon - where Nazi-scientists who were responsible for The Nazi atom bomb programme were placed in a different mansion.[4] The US had their similar own secret prison called "P. O. Box 1142[5]", after the mailing address, a separated section of an US Army base in Virginia. This US secret prison formed the basis of Operation Paperclip, where the Nazis who were brought in by the US would form and lead new US top-secret military science projects, although being sought for war crimes in ally-occupied Germany.

London hosts a lot of organisations' headquarters, as well as private meetings such as Le Cercle. 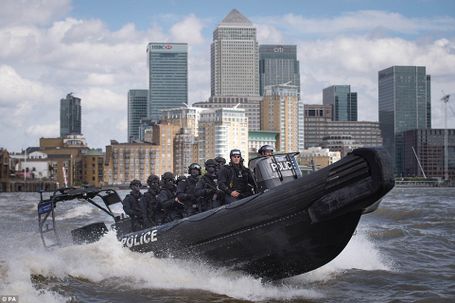 Pollution is London is estimated to kill perhaps 9,000 people/year.[6]

After the 2016 Berlin Truck Attack, plans were announced to spend £5 million on a "ring of steel" around a section of the City of London, featuring bollards and checkpoints.[7]

In August 2016, Bernard Hogan-Howe announced an expansion of "counter terrorist" police - which the Daily Mail described as "awesomely armed (and masked)". Hogan-Howe said that "In some of our big iconic locations, we've already got armed patrols - if you look at Parliament, Downing Street - so it's not entirely new. I think people understand that where you are going to have people as enemies who've got guns, we've got to have guns."[8]