Sir Mark Allen is a former MI6 officer. Various posts have been cited, including MI6/Head of Middle East and Africa Controllerate, Director of Counter-Terrorism[2] and even Deputy Chief[1][3]

Allen was a key figure in negotiations which led to Libya's renunciation of weapons of mass destruction in 2003.[6]

According to Con Coughlin, the deal followed an overture to Downing Street from Col. Gaddaffi's son Saif Gadaffi in the wake of the Iraq War.

There followed a series of lengthy discussions between Seif al-Islam and Mark Allen, then head of counter-terrorism at Britain's Secret Intelligence Service (MI6), that were conducted within the elegant confines of London's Travellers Club. The result was Mr. Blair's triumphant announcement in late December 2003 that Col. Ghadhafi had made a "historic" decision to scrap the nuclear-weapons program whose existence he'd always denied.[7]

Coughlin, it should be noted, was the journalist responsible for a 1995 Sunday Telegraph story accusing Saif of fraud, which was exposed as an MI6 smear in a libel action.[8]

A 2003 account in The Times puts the start of negotiations well before the invasion of Iraq:

Col Gaddafi was brought "in from the cold" using a "back-channel" - a secret link with a Libyan government official - set up by the MI6 officer on his own initiative two years ago.
Both the officer and his Libyan contact are likely to have been present at the meeting in the Travellers Club last week, making the Libyan almost certainly Musa Kousa, the head of Libya's equivalent of MI6.[9]

According to The Times, Allen left MI6 'in high dudgeon' because of the misuse of intelligence in the run-up to the Iraq war.[10]

The Times reported that Allen was one of three people who applied for post of MI6 chief in succession to Richard Dearlove, and that he found it difficult to accept the May 2004 appointment of John Scarlett with whom his relations were strained because of the latter's role in compiling the government's Iraq dossier.[11]

Allen was also said to have been uncomfortable with aspects of strategy on Iraq. “His politics are not new Labour,” a source said.[12]

Allen, then aged 54, had been head of the Middle East and Africa Department at the time of his departure in Summer 2004. he had not been due to retire until July 2005.[13]

Allen lobbied Jack Straw on 15 November and 9 November 2007, while working as a consultant for BP, who were negotiating an oil deal with Libya.[15]

According to The Times the deal was being held up by Britain's refusal to include Abdul Baset Ali al-Megrahi in a prisoner transfer agreement:

Although in his telephone conversations with Mr Straw, Sir Mark is said to have avoided explicit reference to al-Megrahi’s fate, a government source acknowledged that this would have been unnecessary because it was “well known that the Libyans were resisting pressure for an exclusion” — and that was holding up the treaty. It is understood that between the two calls, Justice Department officials had concluded that the negotiating position agreed between the British and Scottish governments was unsustainable.[16]

Allen was also involved in 2007 in securing the freedom of Bulgarian nurses inmprisoned by Libya on charges of having injected the HIV virus into children.[17]

In 2017, Alison Saunders, the Director of Public Prosecutions, asked the Foreign and Commonwealth Office to intervene by seeking a secret trial (a “closed material procedure”) in the case of Abdel Hakim Belhaj and Fatima Boudchar.[18]

According to the Daily Mail, reporting on papers allegedly discovered in the abandoned offices of former Libyan security chief Moussa Kousa, Allen was a close confident of Colonel Ghadaffi in the rapprochement years of the second and third Blair government terms. [19] Craig Murray comments on the story and a letter from Allen to Ghadaffi:

BP’s Mark Allen as the MI6 man who wrote the sickeningly jaunty message to Gadaffi henchman Moussa Koussa on the rendition to terrible torture of a Libyan dissident and his wife and family. Lest we forget, this is the message:
I congratulate you on the safe arrival of Abu Abd Allah Sadiq. This is the least we could do for you and for Libya to demonstrate the remarkable relationship we have built over recent years
Allen then moved seamlessly from MI6 to a £200,000 pa job at BP working on their relationships with Gadaffi and other Arab dictators. [20]

Allen's role in negotiating for BP was the subject of some criticism. Liz Stephens of politics.co.uk wrote:

As today's article on BP's lobbying of Jack Straw over Libya shows – the telephone line is always clear for big business to lobby government direct. Of course, it helps if you used to occupy a fairly senior position in government yourself – even more so if you happened to be fundamental in the negotiation of a major non-proliferation treaty with an oil rich country like Libya as is the case with Sir Mark Allen.[21]

Allen was one of a number of people who took part in a RUSI seminar series which led to a February 2007 paper by Professor Gwyn Prins and Lord Salisbury calling for fundamental reform of Britain's system for defence and security oversight.[22]

In March 2008, Allen attended the opening of BP's Muscat office, a year after the firm won the right to develop the Khazzan/Makarem gas fields in central Oman.[23]

Allen spoke at the Dubai Policy Watch Forum in November 2008.[24] 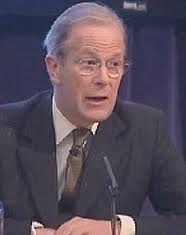 +
Has image2
File:MarkAllen.jpg +
Has noRatings
0 +
Has objectClass
Person +
Has objectClass2
Person +
Has parent
Peter Muir Spurgeon Allen +
Has posting
Deputy Chief of the Secret Intelligence Service +  and Director of Counter-Terrorism +
Has powerbase
http://www.powerbase.info/index.php/Mark Allen +
Has revisionSize
12,206 +
Has revisionUser
Robin +
Has sourcewatch
http://www.sourcewatch.org/index.php/Mark Allen +
Has spouse
Margaret Mary Watson +
Has wikipediaPage
https://en.wikipedia.org/wiki/Mark Allen (businessman) +
Has wikipediaPage2
https://en.wikipedia.org/wiki/Mark_Allen_(businessman) +
Is not stub
true +
Has subobject"Has subobject" is a predefined property representing a container construct and is provided by Semantic MediaWiki.
Mark Allen +  and Mark Allen +