John Aspinall, also known as Aspers (11 June 1926 – 29 June 2000) was a British zoo owner and gaming club host. From middle class beginnings he used gambling to move upwardly to the highest echelons of English society in the 1960s.[1]

In 1962 (or 1960[2]), Aspers founded the Clermont Club in London's Mayfair. The club which was named after Lord Clermont – a well-known gambler who had previously owned the building in Berkeley Square – boasted five dukes, five marquesses, twenty earls and two cabinet ministers among its original membership which included Lord Lucan. The Clermont Club was backed by Aspers' wealthy friend James Goldsmith.[3]

With proceeds from his gambling activities, Aspers purchased Howletts country house and estate near Canterbury, Kent where he set up a private zoo, Howletts Zoo, in the grounds. In 1973, because he needed further space for his animal collection, Aspinall bought Port Lympne near Hythe, Kent. He opened Howletts to the public in 1975, and Port Lympne Zoo in 1976. He embarked on a 10-year programme to restore Port Lympne Mansion previously owned by society host Sir Philip Sassoon. Both Howletts and Port Lympne have been run by the John Aspinall Foundation since 1984.[4]

Aspers claimed that his friend Lord Lucan, whose 1974 disappearance remained a mystery, had committed suicide by scuttling his motorboat and jumping into the English Channel with a stone tied around his body.[5] According to the journalist Lynn Barber, in an interview in 1990, Aspinall made a slip of the tongue indicating Lucan had remained Aspinall's friend beyond the date of the alleged suicide.[6] On 18 February 2012, Glenn Campbell of BBC News reported that John Aspinall's ex-secretary (using the alias of Jill Findlay) had disclosed that she was invited into meetings where Aspinall and Goldsmith, the multi-millionaire businessman, discussed Lucan.[7] She further said, that on two occasions, between 1979 and 1981, Aspinall had instructed her to book trips to Africa (Kenya and Gabon) for Lucan's children. The arrangement was to allow Lucan to see his children from a distance, but not to meet them or speak to them.

Aspinall stood as Sir James Goldsmith's Referendum Party candidate in Folkestone and Hythe at the 1997 General Election, polling 4,188 votes against the Tory Michael Howard (now Baron Howard of Lympne) who won the seat with 20,313 votes.[8] 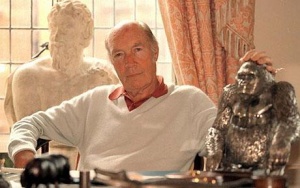 +
Has image2
File:John_Aspinall.jpg +
Has nationality
UK +
Has noRatings
0 +
Has objectClass
Person +
Has objectClass2
Person +
Has parent
Soldier +, George Bruce +  and Mary Grace Horn +
Has revisionSize
4,619 +
Has revisionUser
Robin +
Has spouse
Jane Hastings +
Has website
http://www.aspinallfoundation.org/ +
Has wikipediaPage
https://en.wikipedia.org/wiki/John Aspinall (zoo owner) +
Has wikipediaPage2
https://en.wikipedia.org/wiki/John_Aspinall_(zoo_owner) +
Is not stub
true +