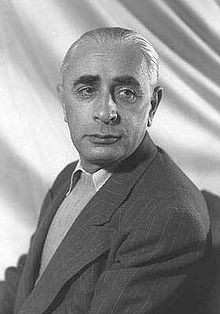 Pinhas Lavon, who resigned as a result

The Lavon Affair refers to a failed Israeli false flag operation conducted in Egypt in the Summer of 1954. A group of Egyptian Jews were recruited by Israeli military intelligence to plant bombs inside Egyptian, American and British-owned targets.

The exact motive is unclear, but Israel was making great efforts to induce more Jews to make aliyah, so inciting hatred of the Jews helped populate their new and deserted lands. Israel also wished to induce the British government to retain its occupying troops in Egypt's Suez Canal zone and may have wanted to make Egypt appear to be either divided and unstable, or anti-Western/communist/pro-Russian.

Israel finally admitted the attack 51 years later in 2005. It completely escaped any blame in the West[citation needed] and 2 years later, the UK joined it in the attack known as the Suez Affair. However, the use of native Jews as fifth-columnists and terrorists contributed to a wave of antisemitism and expulsions in Egypt and other parts of the Middle East.[citation needed]

Nine (or thirteen) Jews of Egyptian nationality were arrested in Oct 1954 after one of their number was caught red-handed in a terrorist campaign.[1] Israeli agents "recruited nine young Egyptian Jews to stage terrorist attacks that, they thought, would be blamed on local insurgents and would discredit Nasser's rule" (Jewish Review, 2004.[2]) Two named individuals served 7 year sentences in Egypt, five of them served 13 years in Egyptian prisons and two committed suicide.

While there were no deaths from the bombs placed in the Egyptian, US and UK facilities in Alexandria and Cairo, the consequences for internal Israeli politics and the situation of Jews in Egypt were grave. Pinhas Lavon was wrongly blamed and forced to resign and the innocent Prime Minister Moshe Sharrat was replaced by one of the perpetrators, David Ben-Gurion. Ben-Gurion went on to conceive and carry out a number of wanton provocations and killings, including the 1956 attack on Suez, the mass-killing of Egyptian POWs and the first major destruction in Gaza. Six years later, a secret internal inquiry led to David Ben-Gurion's resignation but Sharret and Lavon's reputations were never officially cleared.

Fuller details from a Zionist perspective appear at the Wikipedia Lavon Affair. The affair is described as "disastrous for Israel in several ways" but fail to mention any of the very serious effects on Egypt or Egyptian Jews. Factually, the Wikipedia article is detailed and largely complete. The Wikipedia article on False Flag is mysteriously thin, perhaps because Israel has denied or accused others of so many attacks. The article has just a one-line mention for the Lavon affair and no mention of what such incidents might have in common.

One of the perpetrators who had committed suicide was re-interred with military honour but no publicity on Mount Herzl in 1959.[3]

On March 30, 2005 Israeli President Moshe Katsav.[4] and Chief of General Staff Lieutenant General Moshe Ya’alon ended decades of denial by presenting official citations to the three surviving agents and to representatives of those deceased, saying: "This is historic justice for those who were sent on a mission on behalf of the state and became the victims of a complex political affair."[5][6]

After WW2, a much impoverished Britain was withdrawing from all of its interests "East of Suez" (India independence 1948 etc). It was preparing to give up the giant military base it had in the Suez Canal Zone while Bengurion and Eisenhower had been unable to persuade even a Conservative government under Winston Churchill not to do so. The head of Israeli intelligence, Colonel Benyamin Givli, ordered an Egyptian spy-ring into action. He did so without Lavon or Sharret knowing anything about it.

It is easy to assume that Israel sought to cause strife between Egypt and the West but historians have largely accepted that the aim was to destabilise Egypt. The Israeli historian Shabtai Teveth goes further in his detailed coverage "Ben-Gurion's Spy" (1996) p.81 and states that the aim was to help the British and strengthen Egyptian opponents of withdrawal from the Suez Canal area. It was aimed at "generating public insecurity and actions to bring about arrests, demonstrations, and acts of revenge, while totally concealing the Israeli factor. The team was accordingly urged to avoid detection, so that suspicion would fall on the Muslim Brotherhood, the Communists, 'unspecified malcontents' or 'local nationalists'."[7][8]

Israel suffered no adverse public relations consequences in the west, while generating significant antisemitism in Egypt and elsewhere in the region. This hatred was of great assistance to Zionist efforts to ingather Jews needed to work in the fields and to protect the new borders of Israel (far beyond what had been claimed in the Declaration of Independence).

Prime Minister Moshe Sharett denounced "the show trial which is being organized there against a group of Jews who have fallen victims to false accusations". The trade union newspaper Davar claimed that the Egyptian regime "seems to take its inspiration from the Nazis" and lamented the "deterioration in the status of Egyptian Jews in general" For Haaretz the trial "proved that the Egyptian rulers do not hesitate to invent the most fantastic accusations if it suits them" and added that "in the present state of affairs in Egypt the junta certainly needs some diversion". The Jerusalem Post headlined "Egypt Show Trial Arouses Israel, Sharett Tells House. Sees Inquisition Practices Revived."[9]

Egyptian Jews with skills and contacts did their best to get to Europe or the US, those with only manual skills (often brown-skinned and speaking no Hebrew) were put to work in the fields. An additional part of their duty was to be armed and to kill any Palestinians attempting to return to their homes and lands.

In July 1954, when the bombings started, there were still at least 50,000 Jews in Egypt (more than half of whom were actually foreign nationals)[10] despite mob and bombing attacks (eg 70 killed in bombings between June and Nov 1948[11]) over the creation of Israel (and the defeat of the Egyptian forces). This, and the revolutionary upheaval four years later (eg eg in Jan 1951 mobs had rampaged through downtown Cairo setting fires and killing scores of people, including thirteen Britons) had caused around 10,000 Jews to leave (though few went to Israel). A Jewish journalist insisted: "We, Egyptian Jews, feel secure in our homeland, Egypt".[12]

In 1956, Israel again attacked Egypt (very shortly joined by the UK and France in the "Suez Affair") and, as discovered in 1995, murdering captured soldiers and at least 49 civilians.[1] Egypt thereupon expelled some 25,000 more Egyptian Jews and confiscated their property, while approximately 1,000 Jews were sent to prisons and detention camps.[13]

Despite the fact that it had caused a major and continuing scandal, Israeli military censorship applied to all the details of the "Lavon Affair" and, on the rare occasions it was mentioned in Israel in the years to follow it was called "Operation Susannah" or the "unfortunate business".[14] The attacks are still known in English by the Zionist narrative, the "Lavon Affair" with little recognition that this was a quite straightforward terrorist campaign aimed at the US and the UK.

Zionist sympathisers at the Wikipedia have been hostile to calling it a False Flag Operation and all such references have been repeatedly removed from the WP again in June 2011 (a top admin and personal friend of Jimbo Wales) and Jan 2012. However, the term is used by ex-Knesset member Uri Avnery in his writings[15] [16] and is used in the book "Global Terrorism", 2004.[17] Some Israeli sources have claimed that the fire-bombing was an "Intelligence Operation" rather than an attack.