Lukas Andriukaitis is a member of the Integrity Initiative and a research associate in the Digital Forensic Research Lab at the Atlantic Council.[1]

Lukas Andriukaitis is a research associate at the Digital Forensic Research Lab (DFRLab) at the Atlantic Council. In this capacity, he researches Russian disinformation in Syria, as well as the conflicts in Syria and Donbas. Additionally, he is an associate analyst at the Vilnius Institute for Policy Analysis (VIPA). Prior to this, he worked as the deputy head of the Strategic Planning Branch in the State Railway Inspectorate under the Ministry of Transport of Lithuania. A lieutenant in the Lithuanian military, he served in the Lithuanian Special Operations Forces Special Purpose Service as a support officer. He received his bachelor’s and master’s degrees from the Vilnius University Institute of International Relations and Political Science. Lukas' open source research is focused on Syria, Russian(sic.) and Ukraine.[1] 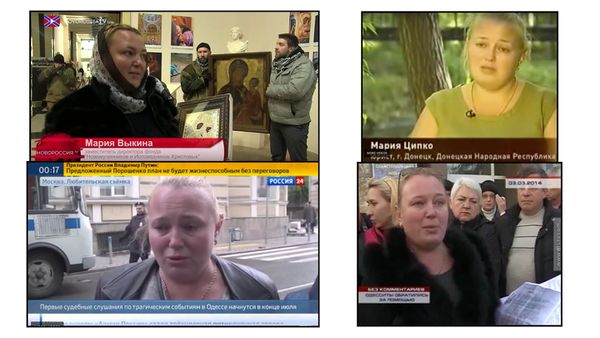 "Probably the most infamous actor that has showed up multiple times on Russian and Russian-led separatist media outlets is the actor Maria Cipko. She is a professional impersonator (гастролерша) working for the Kremlin propaganda apparatus and appearing in all sorts of different characters throughout various mainstream and niche Russian-language media outlets. She appeared in video reports in various cities of Ukraine, Russian occupied territories in Donbas and in Russia itself. Most of her roles were created in 2014-2015, as in this period of time this new tactic proved to be highly effective."

Lukas' work has been published at StopFake.[2]