From Wikispooks
(Redirected from MKNAOMI)
Jump to navigation Jump to search

MKNAOMI was the code name for a joint US Department of Defense/Central Intelligence Agency (CIA) research program lasting from the 1950s through the 1970s. Unclassified information about the MKNAOMI program and the related Special Operations Division is scarce.

Project MKNAOMI is generally reported to be a successor to the MKDELTA project and to have focused on biological projects including biological warfare agents — specifically, to store materials that could either incapacitate or kill a test subject and to develop devices for the diffusion of such materials [1] [2] [3] [4] [5] .

During the first twenty years of its establishment, the CIA engaged in various projects designed to increase U.S. biological and chemical warfare capabilities. Project MKNAOMI was initiated to provide the CIA with a covert support base to meet its top-secret operational requirements. The purpose was to establish a robust arsenal within the CIA's Technical Services Division (TSD) and of which was to consist of various lethal and incapacitating materials. This would enable the TSD to serve as a highly maintained center for the circulation of biological and chemical materials.

Surveillance, testing, upgrading, and the evaluation of special materials and items were also provided by MKNAOMI so as to ensure that no defects and unwanted contingencies emerged during operational conditions. For these purposes the U.S. Army's Special Operations Command (SOC) was assigned to assist the CIA in the development, testing, and maintenance procedures for the biological agents and delivery systems (1952). Both the CIA and SOC also modified guns that fired special darts coated with biological agents and various poisonous pills. The darts would serve to incapacitate guard dogs, infiltrate the area that the dogs were guarding, and then awaken the dogs upon exiting the facility. In addition, the SOC was also designated to research the potentials for using biological agents against other animals and crops.

A 1967 CIA memo which was uncovered by the Church Committee was confirmed to give evidence of at least three covert techniques for attacking and poisoning crops that have been examined under field conditions. On November 25, 1969, Richard Nixon abolished any military practice involving biological weapons and Project MKNAOMI was dissolved. On February 14, 1970, a presidential order was given to outlaw all stockpiles of bacteriological weapons and nonliving toxins. However, despite this presidential order, a CIA scientist was able to acquire an estimated 11 grams of deadly shellfish toxin from SOC personnel at Fort Detrick. The toxin was then stored in a CIA laboratory where it remained undetected for over five years.[6] 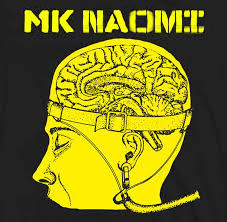