Originally a child actor, Michael left film work after High School to follow a career in science, working for NASA on the Viking and Voyager projects, among others. Following the post-Apollo crash of the aerospace industry, Michael went back into film work arriving at the exact time Hollywood was beginning to employ more computers for visual effects; a classic case of being in the right place art the right time, with the right skills. Having paid for college as a professional stage magician, Michael brings an awareness of how an audience perceives what they see to his designs for visual effects. Michael lives in Hawaii with his wife Claire, a composer, where together they own a commercial production company specializing in music, Visual FX and supervision, commercial direction, industrial films, and computer animation. 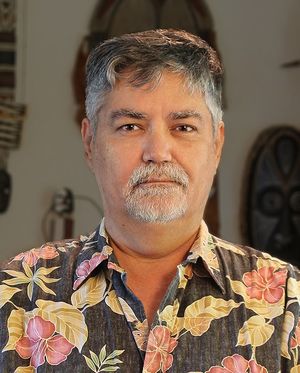 +
Has image2
File:Michael Rivero.jpg +
Has imdb
http://www.imdb.com/name/nm0729489/bio +
Has noRatings
0 +
Has objectClass
Person +
Has objectClass2
Person +
Has revisionSize
1,924 +
Has revisionUser
Robin +
Has twitter
https://twitter.com/WRH_Mike_Rivero +
Has youtube
https://www.youtube.com/user/hard2startyubetube +
Is not stub
true +
Has subobject"Has subobject" is a predefined property representing a container construct and is provided by Semantic MediaWiki.
Michael Rivero +