In politics the revolving door is the movement of personnel in government positions on one hand, and members of the industries back and forth.

About John Sawers moved to become non-executive director of BP in 2015, the UK Foreign office "said it had accepted the application from Sawers to join BP on condition that "he should not draw on privileged information available to him from his time in the secret service"."[1]

The revolving door leads to regulatory capture.[2] Regulating bodies created to protect the public interest become populated or influenced by members of the industries. This can and does shift in policy that favours industry over the public interest.

This system is not at all limited to only the US or Britain. Anders Fogh Rasmussen, PM of Denmark, was later rewarded by the military-industrial complex for his political work, by being selected to become General Secretary of NATO. After that position, he was again rewarded by becoming a consultant for Goldman Sachs. [3] 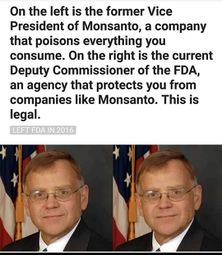 Glenn Greenwald has described Booz Allen Hamilton as "the perfect embodiment of" the revolving door syndrome in Washington.[4] Watchdog.org reported in August 2016 that: "more than 250 people have moved from Google and related firms to the federal government or vice versa since President Barack Obama took office."[5]

The reach of Goldman Sachs into government has lead to the creation of the term "Government Sachs".[6] The revolving door phenomenon of this investment bank has become part of commercially-controlled media reporting.[7]

Wikipedias explanation for the revolving door is a very good example of the gaslighting that is going on there, it reads:[9]

That this has become kind of a problem these days is not even a question anymore.

In earlier decades senior spooks tended to take non-commercial, non-political posts such as responsibilities in charities such as the national trust. In the 21st century, they are increasingly being employed by banks such as HSBC, or sometimes arms companies, ostensibly in a bid to "increase security" or advise about the dangers posed by "terrorists".[10] 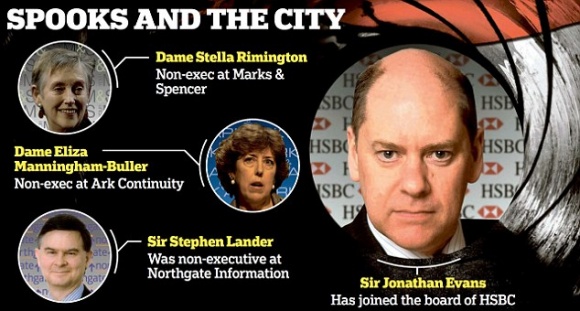 The effect of the revolving door has been amplified since the 90s by privatisation, but especially after the start of the war on terror.