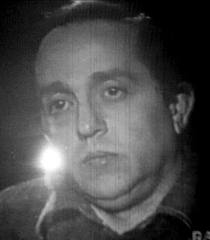 Vincenzo Vinciguerra is a fascist Italian deep state functionary. As a member of Avanguardia Nazionale and Ordine Nuovo he carried out False flag bombings as part of Operation Gladio. He was exposed by Felice Casson.[1]

Vincenzo Vinciguerra is a central figure in Allan Francovich's 1992 film about Gladio. He was not a senior figure, but was well informed about the structure of the organisations. In an interview for the film, he well summarized the principle behind the NATO backed strategy of tension that was followed in Italy, and why it went unexposed for so long.

In 1984 Italian Judge Felice Casson reopened the investigation into the Peteano Bombing, which eventually lead him to order the arrest of Vinciguerra.[1]

A Quote by Vincenzo Vinciguerra