Ziad Jarrah is a purported "Islamic terrorist" who was killed on 9-11. His charred but still recognisable passport was presented as evidence supporting the 9-11 official narrative. 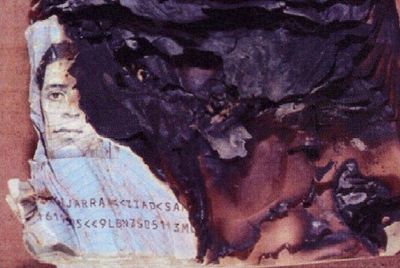 Ziad Jarrah's mostly burned but still identifiable passport was reportedly found in the street at World Trade Center on September 11th, 2001 purportedly having randomly survived an event which totally destroyed both of the plane's black boxes.

In 2009, the New York Times reported that Ziad Jarrah's cousin, Ali Al Jarrah, was discovered by Lebanese authorities to have been a spy for Israel for 25 years.[1] 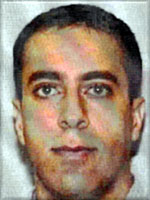 +
Display lifespan
11 May 1975 - 11 September 2001 +
Has almaMater
University of Greifswald +  and Hamburg University of Applied Sciences +
Has bilderbergCount
0 +
Has birthPlace
Lebanon +  and Beirut +
Has cercleCount
0 +
Has deathPlace
Pennsylvania +, Somerset County +  and U.S. +
Has fullPageName
Ziad Jarrah +
Has fullPageNamee
Ziad_Jarrah +
Has historycommons
http://www.historycommons.org/entity.jsp?entity=ziad jarrah +
Has image