Zimbabwe is a nation state in southern Africa. 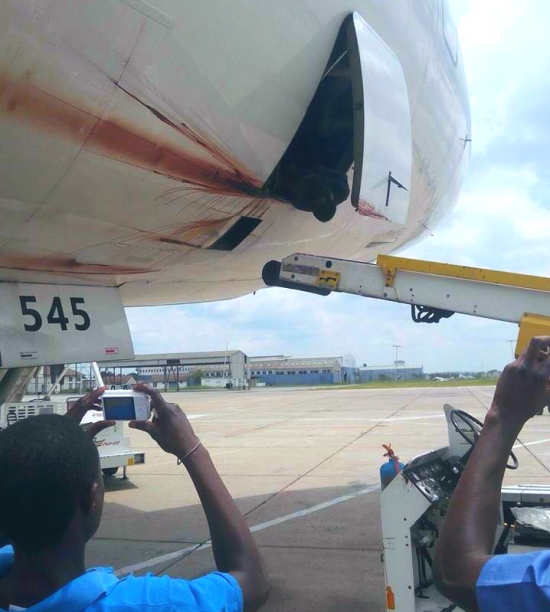 In February 2016, a McDonnell Douglas MD-11 owned by Western Global Airlines made an emergency landing at the Zimbabwean capital Harare.[1] Authorities became suspicious after noticing that blood dripping from the plane. The Zimbabwe Herald reported that "the ground crew refueling the plane alerted local authorities." The crew claimed that this was because the plane had struck a bird, but it turned out to be coming from the severed arm of a dead man.[2] The plane was carrying 67 tonnes of South African cash. The plane was impounded[3] but later released, together with the crew.[4][5]

A citizen of Zimbabwe on Wikispooks