NGO Monitor, founded by the Jerusalem Center for Public Affairs, has for some time now been deliberately spreading false and misleading information about organisations in an attempt to discredit them. Their targets include some of the most established and respected human rights organisations. While their efforts to stifle a critical dialogue have proved unsuccessful, their efforts are relentless and it is important that they be exposed as part of an extremist, right wing institution. They should not be taken seriously by anyone interested in peace and human rights.

NGO Monitor, a web-based project of the Jerusalem Center for Public Affairs, was founded jointly with B'nai B'rith, a long-time, vocal supporter of Israel in the US.

To an outsider, NGO Monitor appears to be a serious and neutral initiative. NGO Monitor states that it is "promoting critical debate and accountability of human rights NGOs in the Arab-Israeli conflict" [sic]. [2] However, on closer examination, it is very obvious that the "debate" NGO Monitor is referring to is one that offers a blanket rejection of any criticism of Israel and its violations of human rights. It begs the question of whether NGO Monitor has any idea of what a "debate" actually is.

In fact, NGO Monitor shows that the Jerusalem Center for Public Affairs, in line with most other vocal supporters of Israel, is keen on vilifying any and all critics of Israel and conveniently ignoring the human rights violations and war crimes of Israel and its security agencies. [3]

It is a programme of the Jerusalem Center for Public Affairs, and was formerly a joint project with B'nai Brith International.[4]

Apart from interns, its staff includes: [5]

NGO Monitor has campaigned against several international human rights organisations, including Christian Aid for its alleged "extensive involvement in anti-Israel propaganda campaigns" [9] and Human Rights Watch whose reports it claims to be "systematically and exceedingly biased", [10] Amnesty International, [11] Oxfam [12] and Medecins Sans Frontieres [13]

It has also criticised the Ford Foundation for funding NGOs, such as the Palestinian human rights organisation Al Mezan Center, allegedly involved in "blatantly political anti-Israel activities". [14] Subsequent to this criticism, the Ford Foundation modified its policies regarding funding of NGOs. [15]

Praise and Criticism of Activities

Describing it as a "friend of Israel", the Jewish Watch Dog site states that NGO Monitor was created "to promote accountability, and advance a vigorous discussion on the reports and activities of humanitarian NGOs in the framework of the Arab-Israeli conflict." [17] David Bedein of David Horowitz' magazine FrontPageMag.com describes it as a "watchdog organization". [18]

NGO Monitor's reports appear regularly on the "Around the World" section of the "Hotbeds of Prejudice" subpage of the Israeli Hasbara Committee website. [19]

Critics dismiss NGO Monitor as politically motivated and biased. At Political Research Associates, Jean Hardisty and Elizabeth Furdon describe it as a "conservative NGO watchdog group, NGO Monitor, which focuses on perceived threats to Israeli interests", adding that "The ideological slant of NGO Monitor's work is unabashedly pro-Israeli. It does not claim to be a politically neutral examination of NGO activities and practices." [20] Ittijah, the Union of Arab Community Based Organisations in Israel, labels NGO Monitor as "an organ of the American pro-Israel lobby." [21] 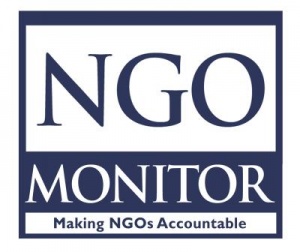