“Every time we do something you tell me America will do this, America will do that.... I want to tell you something very clear: Don't worry about American pressure on Israel. We, the Jewish people control America and the Americans know it.”
Ariel Sharon (3 October 2001)  [1]
Speaking to Shimon Peres, as reported on Kon Yisrael Radio 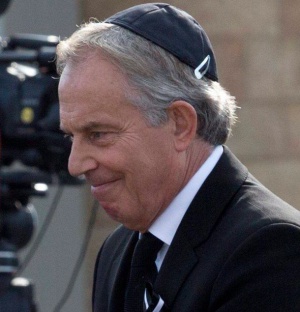 In January 2014, Craig Murray wrote on his blog:

"Seeing Tony Blair speaking at Ariel Sharon’s funeral – one war criminal eulogising another – was so horrifying it has jolted this blog back out of retirement. There may be no justice, but there can be truth."[2]