Austerity is a set of political-economic policies that aim to reduce government budget deficits through spending cuts, tax increases, or a combination of both.[1] 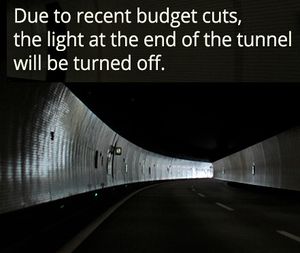 Austerity measures are generally explained as measures used by governments as a result of the need to pay down the "national debt".[2] The measures are meant to reduce the budget deficit by bringing government revenues closer to expenditures, which is assumed to make the payment of debt easier. Austerity measures also demonstrate a government's fiscal discipline to creditors and credit rating agencies.[3]