George Carlin, "one of the greatest comedians of all times"[1], got interested in politics towards the end of his life. His attention to detail and rhetorical flare meant that his remarks about deep politics were both well delivered and very close to the mark. He has been called "one of the greatest political pundits in American history".[2] 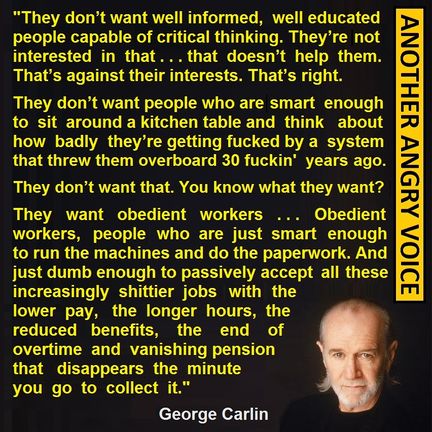 In America, anyone can become president. That’s the problem.”
George Carlin [4]

A Quote by George Carlin