Bratton worked as a private consultant with Kroll Associates[1] until his appointment by the Mayor of Los Angeles James Hahn as the LAPD's 54th Chief of Police in October 2002.

When asked what mass surveillance the NYPD was carrying out with X-Ray, New York Police Commissioner Bill Bratton said "I will not talk about anything at all about this, it falls into the range of security and counter-terrorism activity that we engage in."[2] 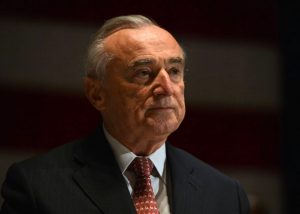