1996 was a very important year in the exposure of the deep state. In Turkey the Susurluk car crash clearly confirmed a lot of people's suspicions about a high level nexus of government and criminal leaders, and gave a phrase to describe this: the "deep state", which was popularised in US over 20 years later.

In USA, Gary Webb was the first person to establish just how effective the WWW would be in circumventing the deep state controled commercially-controlled media. The US establishment first ignored his revelations, then when public pressure was mounting for a response, dismissed them with the claim that they contained nothing new.

Stratesec, a security company with connections to the Bush Family acquired an $8.3 million contract to help provide security at the World Trade Center.[1]

In 1996 USA journalist Gary Webb published Dark Alliance, a series of articles which clearly detailed CIA involvement in the illegal drug trade. More importantly still, it proved the effectiveness of the emerging World Wide Web as a means of circumventing traditional commercially-controlled media. By posting a lot of evidence online, he had answers to those critics who attempted to discredit him. Having checked the details, his newspaper initially stood by him, before caving to pressure from the establishment, which initially ignored the expose, then said they were old news.

The vintage leak site, Cryptome (an inspiration for Wikispooks[2]) was set up in 1996. Still operating 25 years later, it remains extremely useful. 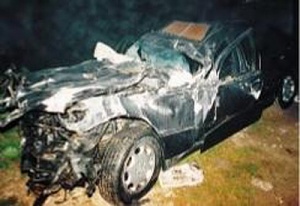 On 3 November 1996, an assassination was carried out by means of a car crash in Susurluk, Turkey. Three passengers were killed: Abdullah Çatlı (a drug trafficking assassin), his girlfriend (a beauty queen) & Huseyin Kocadağ (a former Istanbul Deputy police Chief), while the 4th passenger, Sedat Bucak MP, was injured. What is more, Çatlı was found carrying guns, drugs, cash, a fake passport and apparently genuine diplomatic credentials issued by the Turkish government, facts which exceeded the deep state could not conceal. "For weeks on end the press and the TV channels were dominated by the scandal and the newest revelations of the corrupt 'Susurluk state'. Nearly 100,000 workers marched in protest in the Turkish capital demanding the truth about the stay-behind soldiers while people on the streets in opinion polls expressed their belief that the Turkish judicial system was not working properly and that the government was corrupt, declaring that they were sick and tired of all the violence and secret operations."[3] This top level corruption network was termed "'Derin devlet" in Turkish which translates into English as the "deep state".

On April 3, US Commerce Secretary, Ron Brown, was killed on a trade mission to Bosnia. On July 17, TWA Flight 800 exploded about 30 minutes out of New York. Among the 230 people on board was Mohammed Samir Ferrat, a business deal of whose Ron Brown had witnessed on a trade mission to the Ivory Coast in February.[4] Ferrat is also rumoured to have been invited to accompany Brown on his ill fated trip to Bosnia, but who withdrew at the last minute.[5]