Cognitive dissonance is a psychological term to describe the discomfort people feel when their beliefs, ideas or values are incongruent.[1] This motivates the seeding of mendacious official narratives.

Cognitive dissonance forms a kind of self-protection from wildly different new ideas which seems to be necessary to give people's lives a consistency and direction. It helps to explain why different people tend to explain similar evidence differently - we are all biased in favour of explanations which fit with our (different) prior beliefs.

Relevance to the deep state

Cognitive dissonance is a very importance factor when deceiving people, since it on occasions can induce people to reject the evidence of their own eyes and ears, if they are reporting information which strongly conflicts with people's prior beliefs. The deep state has exploited this fact to help promote its official narratives and stifle conflicting explanations - even those which are better supported by observable reality. 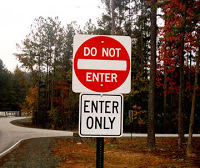 The classic example of cognitive dissonance is provided by False flag attacks. Governments tend to exploit their control of syllabuses to try to inculcate certain ideas in the (receptive) minds of young children. Central among these are the importance of government and obeying rules set by government lawmakers etc. Foreign countries are sometimes portrayed as despicably, but never ones "own" country.

This - often subconscious - set of beliefs is nurtured not only unconsciously by the society in which people live, but often consciously by the commercially-controlled media, which is typically centralised and also subject to a similar pro-government 'we-are-the-good-guys' influence. This help explain the difficulty many people have in understanding that false flag attacks are a fact of life and continue to be widely carried out.

As non-psychopaths, 99% of humanity are unfamiliar with the mind which can murder and deceive others without suffering attacks of conscience. This new to the concept of a false flag are often prone to wonder "Why would government kill their own citizens?" This indicates that they have a simplistic faith in the good intentions of "their" leaders, probably not as a result of conscious calculation but subconscious inculcation from an early age. Cognitive dissonance supports the maintenance of this naivety even in the face of otherwise powerful evidence.

The 9/11 truth movement was initially hampered by cognitive dissonance, since few people were aware of false flag attacks, and the large majority had been carefully instilled with a wide variety of misleading official narratives. A large number of drills had been used to suggest to people that Osama bin-Laden was planning to launch airborne attacks on USA.

Immediately after 9/11, the media spent a lof time replaying footage of planes hitting the World Trade Center twin towers, sometimes with a voiceover about Bin Laden, sometimes with an inset image of him. For those who initially accepted this spurious connection, this had the effect of strengthening the link, and so increasing the cognitive dissonance potential of ideas such as 9/11 truth, which are based on observable evidence rather than media mnipulation.

The commercially-controlled media's ignored the sudden destruction of Building 7 (without being hit by a plane). The initial 9/11 Commission report didn't even mention it!.[citation needed] Since the establishment tried not to lie about but simply erase it from the historical record, people do not experience much cognitive dissonance when they consider the controlled demolition theory, because there is no conflicting explanation with which an empirically based explanation must compete.