Its 'Naming names' column inspired the 1982 Intelligence Identities Protection Act which made it a crime to name US spooks.

In 1998, the magazine won an award from Project Censored for a story by Lawrence Soley in the Spring 1997 issue titled "Phi Beta Capitalism", about corporate influence on universities.[1] Another article highlighted by Project Censored was Michel Chossudovsky's 2000 claim that the World Trade Organization was an "illegal institution".[2]

In 1998 the publishers of CovertAction Quarterly decided to fire the staff which was on a day to day basis involved with the production and publication of the magazine.[3][4] After that it was published only a few more years and with less frequency.

Several articles from CovertAction Quarterly were collected in two anthologies, Covert Action: The Roots of Terrorism (ISBN 978-1876175849) and Bioterror: Manufacturing Wars The American Way (ISBN 978-1876175641), both published in 2003.

The project was relaunched in 2018 as CovertAction Magazine (CAM).[6] Old issues have been made available as well. 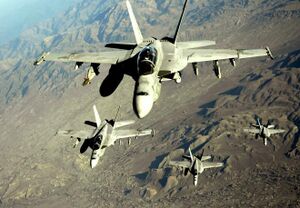 On 10 August 2021, CAM published an article entitled "Afghan Tragedy: Still Relevant Today As it Was Analyzed 15 Years Ago":

Canadian academic Dr John Ryan first published this article in Global Research in July of 2006, just before the fifth anniversary of the Afghan War. Originally titled “Afghanistan: A Tale of Never-Ending Tragedy,” this article — with a new introduction by Steve Brown — retains its relevance 15 years later as media pundits try to forestall the US departure from Afghanistan, the site of America’s longest war.—Editors

By every measure, the Afghan War has been a failure for America. But it has been a $5 trillion success for American corporations like Lockheed Martin, DynCorp, General Dynamics, Black & Veatch, Halliburton and the oil companies which shipped half-a-million gallons of fuel a day for our army to run on, as well as the military contractors (including suppliers of mercenaries such as Blackwater), whose workers outnumbered soldiers in Afghanistan by three to one.

The Afghan War was a great boon to arms manufacturers like General Dynamics which manufactured these Hydra rockets that were used by the US army in the fight against the Taliban.

Before the US invasion, Taliban leader Mullah Mohammed Omar had been working diligently with the UN to wipe out heroin production in his country. (He thought it was “un-Islamic.”) And he actually did wipe it out. In what must surely be the world’s most successful “War on Drugs,” he reduced poppy farming and opium production by an astonishing 99% in less than 13 months.

Unfortunately for the world, after the US invaded Afghanistan in 2001 and overthrew the Taliban, a succession of corrupt puppet governments installed by the US proceeded to resuscitate and supercharge the profitable production of opium to such an extent that Afghanistan now provides 90% of the entire global opium supply (which then gets distributed by the Kosovo Albanians, another “narco-state” created and controlled by the US).

This is among the key legacies that US troops will leave behind as they depart — though as CAM has previously reported, the war will actually go on via proxy as the US plans to continue bombing Afghanistan from outside air bases, while pouring in billions of dollars annually to fund the Afghan army.[8]