Daniel "Danny" Lewin is reported to have been implicated in 9/11.[citation needed] He was an officer in elite, secret unit of Israeli military called Sayeret Matkal.

He reportedly orchestrated activities of Mossad agents in USA before 9-11. He died on the day itself.[1] Some information suggested that he was fatally shot.[2] The 9-11/Official narrative was later modified to a fatal stabbing.[3] Rebekah Roth is highly doubtful about either of these possibilities. 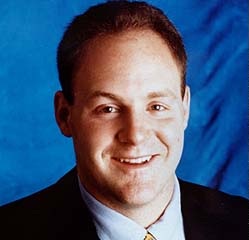 +
Has image2
File:Daniel Lewin.jpg +
Has nationality
American +  and Israeli +
Has noRatings
0 +
Has objectClass
Person +
Has objectClass2
Person +
Has parent
Charles Lewin +  and Peggy Lewin +
Has religion
Judaism +
Has revisionSize
1,382 +
Has revisionUser
Robin +
Has spouse
Anne Lewin +
Has wikipediaPage
https://en.wikipedia.org/wiki/Daniel Lewin +
Has wikipediaPage2
https://en.wikipedia.org/wiki/Daniel_Lewin +
Is not stub
true +
Victim of
Premature death +