Cossiga is lauded by Global Research as "one of a rare breed – an honest politician". After exposing Operation Gladio (and his role in setting it up) he was forced to resign [By whom?].[1]

Unlike a lot of members of the establishment, Francesco Cossiga wrote publicly about 9/11. One translation of an article of his in [2] reads "[Bin Laden supposedly confessed] to the Qaeda September [attack] to the two towers in New York [claiming to be] the author of the attack of the 11, while all the [intelligence services] of America and Europe... now know well that the disastrous attack has been planned and realized from the CIA American and the Mossad with the aid of the Zionist world in order to put under accusation the Arabic Countries and in order to induce the western powers to take part... in Iraq [and] Afghanistan."[1] In Cossiga's obituary, the Guardian quoted a part of this and claimed that "He was, of course, being ironic".[3]

A Quote by Francesco Cossiga 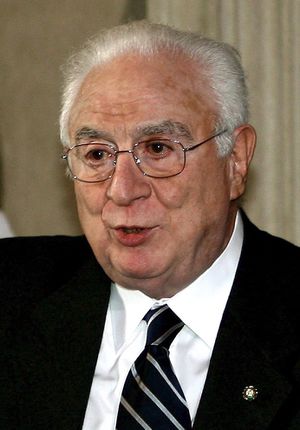 +
Display lifespan
26 July 1928 - 17 August 2010 +
Has almaMater
University of Sassari +
Has bilderbergCount
0 +
Has birthPlace
Sassari +, Sardinia +  and Kingdom of Italy +
Has cercleCount
0 +
Has child
Anna Maria +  and Giuseppe +
Has deathPlace
Rome +, Latium +  and Italy +
Has fullPageName
Francesco Cossiga +
Has fullPageNamee
Francesco_Cossiga +
Has historycommons
http://www.historycommons.org/entity.jsp?entity=francesco cossiga 1 +
Has image