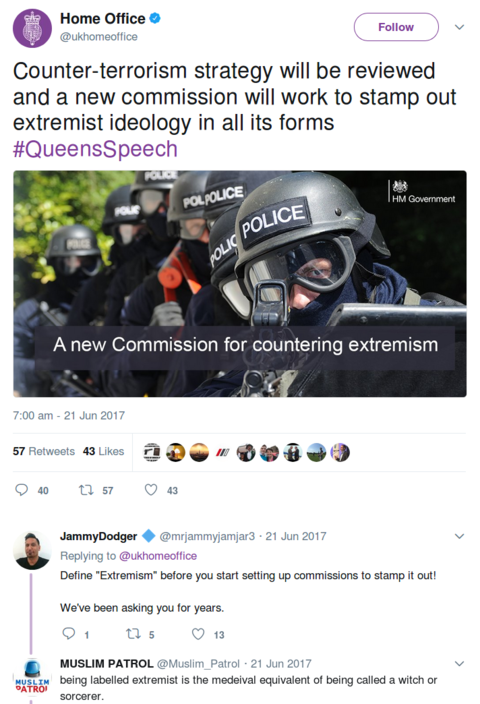 The Home Office tweet announcing that they would set up a new commission to "counter extremism". Reaction centred on the choice of such a militaristic image and the failure to explain "extremism" was.[1]

The Home Office is a UK government department involved in work surrounding immigration, passports and "counter-terrorism". These are: the Identity and Passport Service and the UK Border Agency.

In 2017, following the 2017 Manchester attack, the government announce plans to launch a new "Commission for Countering Extremism" to safeguard British values from "extremism". 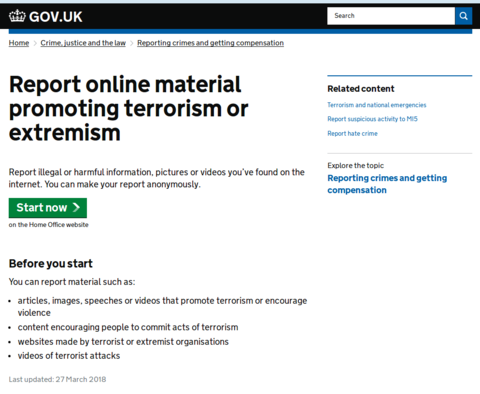 The Hone Office Website exhorted readers to "Report illegal or harmful information, pictures or videos you’ve found on the internet", including "websites made by terrorist or extremist organisations" and files which "promote terrorism or encourage violence".[2]

The Home Office states that its aims and objectives are based on seven key issues:[3]