Ismail Abedi is the eldest of three Libyan brothers, two of whom, Salman Abedi (named as the suicide bomber) and Hashem Abedi (convicted on 22 counts of murder), were responsible for the 2017 Manchester Arena bombing.[1]

Ismail al-Abedi was arrested on 23 May 2017 by Greater Manchester Police officers[2] but was released a fortnight later without charge.[3] 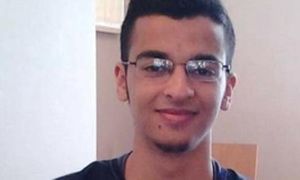 JUST IN: 23-year-old South Manchester man taken into custody earlier today was the bombing suspect's brother, per senior US official.[4]

It’s not yet clear what connection, if any, Ismail Abedi had to the attack.

The brother’s arrest came several hours after the terror attack, which left 22 dead, including children, and 59 people injured from the ball bearings that exploded right as the Grande concert let out. The father of Salman and Ismail Abedi has now been detained in the Libyan capital. Furthermore, yet another brother, Hashem Abedi, 20, was detained in Libya under suspicions of having links to ISIS, reports the BBC.

Shortly after the terrorist attack, police swarmed and searched the home of Abedi’s brother. It’s not yet clear whether they found anything or why they placed him under arrest. It’s also not clear whether they think he had anything to do with the attack, which killed Salman Abedi at the scene.

According to the UK Daily Mail, “Police raided a house where Abedi’s brother, Ismail, lived.”

The report that a 23-year-old man was arrested after the attack circulated early on, but it was not immediately clear that the man arrested was the brother of Salman Abedi.

Politico added that Manchester’s chief constable had confirmed that “police had arrested a 23-year-old man in south Manchester in connection with the attack and had carried out searches at two properties in Whalley Range and Fallowfield, both south of the city centre.”

According to UK Daily Mail, Ismail is an “IT manager, who is married to a maths teacher” and “worked for Park Cake Bakeries in Oldham until January. It is believed that Ismail, who worked as a teaching assistant giving Arabic classes and IT support at Didsbury mosque Quran school, was once reported to a counter-terrorism unit after concerns were raised by members of the Muslim community.”[5]

The older brother of the two men responsible for the 2017 Manchester Arena bombing has apologised to the victims’ families and said he is ‘glad’ his sibling will serve life in jail.

Ismail Abedi has spoken out for the first time after his brother, Hashem, was jailed for his part in the terrorist attack that killed 22 people and injured hundreds.

He told Sky News he had ‘no idea’ Hashem and his other brother Salman, who blew himself up inside the arena, had ‘taken this path.’

‘I want to apologise on behalf of my family to the victims, for all the pain Hashem and Salman caused,’ he said.[6]

The Abedi parents moved to the UK after fleeing Col Muammar Gaddafi's Libya, with their children born in Britain and brought up in Manchester.

At the time of the attack the parents had moved back to Libya. The family had regularly travelled to the country following the 2011 revolution.

Ismail had purchased one-way tickets to Libya for his two brothers in April 2017. Salman returned five days before the bombing, while Hashem stayed there and was only extradited to the UK over two years later.

But Ismail Abedi, who is married, remained in Manchester. He was arrested the morning after the Arena bombing, but later released without charge. 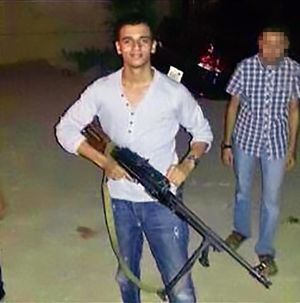 The public inquiry into the bombing has heard that in 2015 Ismail Abedi was stopped by police after arriving at Heathrow Airport and that his mobile phone had contained recruitment videos and literature produced by the Islamic State group.

The inquiry has also been told that his Facebook account had earlier been viewed by MI5 and seen to show, among other things, a picture of Ismail holding a machine gun with an IS logo imprinted on the image.

Ismail's name was used to buy car insurance for Salman and Hashem, neither of whom had a driving licence, for a car they bought to transport materials around Manchester during the preparations.

A bank card in the name of the brothers' mother - which received over £1,000 in benefits each month despite her being in Libya - was used by Salman and Hashem to buy relevant items during their attack preparations, but it was found in Ismail's possessions when he was arrested following the bombing.

The public inquiry was told that a Libyan number was texting both Salman and Ismail on the evening of the attack.

Between the messages, the number wrote to Ismail saying: "Allah's peace and blessings be upon you."[7]

The Manchester Arena bomber’s older brother has fled the UK after being called to give evidence to the public inquiry into the attack.

One of Salman Abedi’s childhood friends was also arrested while trying to leave the country on Monday.

Ismail Abedi had been given a court order requiring his attendance at the public inquiry on Thursday, after he and his parents previously refused to give evidence.

Ahmed Taghdi, a friend of Salman’s, had been told to appear on the same day and was due to be questioned for three hours according to an official timetable.

It was hoped that both witnesses would give evidence on how Abedi was radicalised in the lead-up to the bombing, which killed 22 victims on 22 May 2017.

Paul Greaney QC, counsel to the public inquiry, said on Tuesday that Ismail Abedi had refused to cooperate and so had been ordered to attend on Thursday.

“However, we understand that he is not currently in the country and there is no indication as to when he will return,” he added.

“As he surely must understand, if he does not do so the public may infer he has something to hide.”

Mr Taghdi was also ordered to give evidence, and was told on Friday that if he did not attend the inquiry this week he would be arrested.

Mr Greaney said that he attempted to leave the country on Monday and, as a result, was arrested.

The hearing was told that he was able to provide evidence of a return ticket to the UK on 20 October, before his attendance at the inquiry the following day.

Both Ismail Abedi and Mr Taghdi were arrested after the bombing and questioned by police, but were not charged with any offences and deny any involvement in or knowledge of the plot.

They have been told that they have the right not to answer any questions that may incriminate them at the public inquiry, sitting in Manchester.

There have been a series of protracted legal battles by inquiry lawyers to obtain evidence from Salman’s family and associates.

The bomber’s mother and father are among people the public inquiry has said it wanted to question but they are also believed to have left the UK.

Mr Greaney told the hearing: “The inquiry legal team has done all it can to obtain evidence from Salman Abedi’s immediate family. Ramadan Abedi, his father, Samia Tabbal, his mother and their younger children are all presently in Libya as far as the inquiry is aware.

“Although Ramadan and Samia have been contacted, they have refused to provide any statements or evidence of any kind.”[8]