In 1981-82, he was a cultural affairs officer of the American Embassy in Warsaw. During that period martial law was declared in Poland. Howard was detained by the government three times and was ultimately declared persona non grata and expelled in May, 1982. He then went to Cyprus where he was a public affairs officer at the American Embassy in Nicosia. He was involved in the evacuation of Americans from nearby Beirut in the wake of the 1983 embassy bombing, the bombing of the embassy annex, and of the bombing of the Marine Barracks. His last two weeks in Cyprus were spent handling the hijacking of TWA Flight 847. Howard returned to the United States in 1985 to serve as a public affairs adviser to the Bureau of East Asian and Pacific Affairs of the United States Department of State. He received the State Department's Superior Honor Award for his work on the People Power Revolution in the Philippines in 1986.

In 1986, President of the United States Ronald Reagan named Howard a Special Assistant to the President and Deputy Press Secretary for Foreign Affairs at the White House where he worked directly for National Security Advisor Frank Carlucci and his deputy, General Colin Powell. Howard focussed on arms control issues and remained through the signing of the Intermediate-Range Nuclear Forces Treaty in January 1988. He also dealt with many issues associated with the Iran–Contra affair.

On December 21, 1987, President Reagan nominated Howard to serve as Assistant Secretary of Defense (Public Affairs) and Howard held this post from February 1988 through May 1989. He worked for Secretary of Defense Frank Carlucci and dealt with the aftermath of the shooting down of Iran Air Flight 655 by the U.S.S. Vincennes and the explosion of a gun mount on the U.S.S. Iowa. He again supported Secretary Carlucci in direct negotiations designed to reduce tensions with the Soviet Union including a first visit by a U.S. Secretary of Defense to Moscow and Sevastapol in 1988. He received the Department of Defense Distinguished Civilian Service Award. 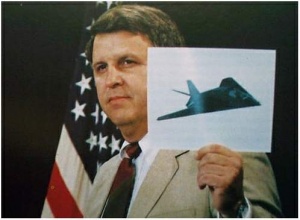