Pinto teaches politics and international relations at the Technical University of Lisbon. He is director of the magazine Futuro Presente (co-founded with Nuno Rogeiro) and presides over the Luso-African Culture Foundation.

In 2007 on the television channel RTP, for the program Os Grandes Portugueses (The Great Portuguese), he was the presenter of statesman António de Oliveira Salazar, winner of the contest.[1] 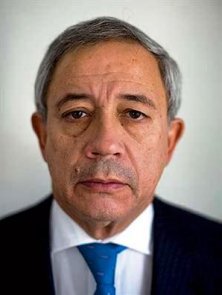