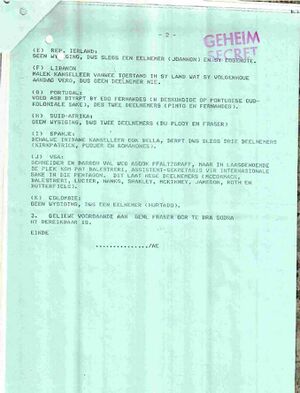 In 2011 Joel Van der Reijden discovered the attendee list for this conference among the papers of Monique Garnier-Lançon at Stanford University, and published it online in 2011.[2] A report in Afrikaans about the meeting was posted online in 2017.[3] 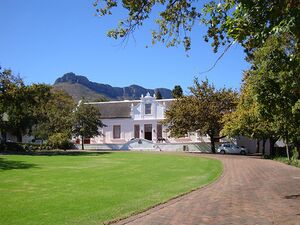 The farm estate and hotel Lanzerac (in 2011)

During the Apartheid era, several leaders of the Stellenbosch University (like Hendrik Bernardus Thom and Pieter Willem Botha) were also key members of the deep state Afrikaner Broederbond which controlled South Africa.