When Paisley was two-years-old, his father left the family.[1] He was raised by his grandparents when his mother went to work as a practical nurse.[1]

Paisley officially joined the CIA in December, 1953. However, his friend, Leonard Masters, believes that Paisley was in fact recruited several years earlier at university by Richard Innes. Paisley joined the CIA's new Electronics Branch as an Economics Intelligence Officer. While based in Washington, Paisley became friends with Bernard Fensterwald.[3]

During his career, he was heavily involved in Soviet operations.[4]

John Paisley, as the CIA's Deputy Director of Strategic Research ran the infamous “plumbers unit” that was conducting a number of CIA-sanctioned illegal break-ins. FBI agents suspected it was Paisley’s team that did the Summa Corporation break-in.[5]

In 1971 Paisley began organizing sex parties in Washington. Along with CIA colleague, Donald Burton, Paisley formed the Rush River Lodge Corporation. According to Joseph Trento, "Burton and Paisley staged several sex parties at the lodge." Those who attended these parties included politicians and journalists. Burton admitted that a "high-level Nixon appointee enjoyed tying up women and beating them" at these parties. Another person who attended was the beautiful Hana Koecher, an agent with the Czech intelligence service.[2]

When Jimmy Carter took office he sacked George H. W. Bush and replaced him with Stansfield Turner. Paisley continued to work for the CIA and records show that Paisley briefed Turner in 1977 and 1978. Paisley's address book included both Turner's home and White House telephone numbers.[2]

On September 24, 1978, Paisley disappeared after setting sail on the Chesapeake Bay with his sloop Brillig.[6] On October 1, his body was found floating in the Bay near the mouth of the Patuxent River with a gunshot wound to his head and a weighted dive belt around his waist.[4] His boat was found the previous week run aground.[7][1] Paisley's death was officially recorded as suicide, although very widely believed to be murder. Indeed, Police investigators described it as "an execution-type murder".[2] Former CIA agent, Victor Marchetti, told Harrison Edward Livingstone and Steve Parks of the Baltimore Sun that he thought that Paisley was killed because of fears that he was "about to blow the whistle" to the House Select Committee on Assassinations. 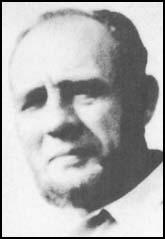