Mark Lane was a lawyer who was with US army intelligence during World War II. He is well known for his research into the JFK assassination and his involvement with the Jonestown massacre. The researcher Joel Van der Reijden has alleged in the past that he is a CIA asset. Christopher Bollyn, through his time and subsequent removal from American Free Press (AFP) argues, that Mark Lane became at one point the owner of the Liberty Lobby and thus AFP, steering sentiment against him.[1]

After Mark Lane talked about a planned assassination attempt on him, which he learned of in advance through the hit-men, the discussion went on to government sanctioned assassinations, like the Executive Assassination Ring[4], then the conversation continues from 47:45 as follows: 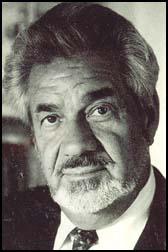