Peter Hitchens (born 28 October 1951) is an English journalist and author. He has published six books, including The Abolition of Britain, The Rage Against God, and The War We Never Fought. He is a frequent critic of political correctness, and describes himself as an Anglican Christian and Burkean conservative,[1] as well as a social democrat.[2]

Peter Hitchens writes for The Mail on Sunday and is a former foreign correspondent in Moscow and Washington. He works as a foreign reporter and in 2010 was awarded the Orwell Prize.

Goodbye Wikipedia, and thanks for all the laughs. How I came to be banned and muzzled by the free encyclopaedia.[3]

I see you were banned by #Wikipedia Admin #JzG aka #GuyChapman, who also blocked me from editing WP back in 2007, and deleted my biography of Lockerbie bombing "expert witness" #AllenFeraday. The unadulterated Feraday biography now appears on #Wikispooks here.[4]

On 13 July 2017, in an article entitled "Peter Hitchens Dissects OPCW Anomalies In Report on Chemical Attack in Syria", Hitchens wrote:

What do we actually know about what happened at Khan Sheikhoun? As I have pointed out several times, very little. I summed up the problem here. I reproduce this passage for those who may have missed it the first time:

"Any report which comes from that region is filtered through people who you never see in the film that does get out. I have met men like them on my travels. I would not want to offend them.

"These are the Jabhat Fateh al-Sham, alias the Al-Nusra Front, alias Al Qaeda, the Syrian ‘opposition’ which we in the West have been supporting for several years. Yes, that’s right, the people we have been helping are not Liberal Democrats or Girl Guides or Quakers. No, they are the same movement which destroyed Manhattan’s Twin Towers. The only big difference between them and Islamic State is that we drop bombs on Islamic State. And we drop bombs on behalf of Al-Nusra/Al Qaeda.

"I’ve noted here before how these people have publicly kidnapped, killed and even sunk their teeth into the entrails of dead enemies. But in this case, another small detail may make you wonder about what you are being told. In some reports of the alleged atrocity, a supposed ‘British doctor’, Shajul Islam, was quoted or shown on the spot, described as a ‘volunteer treating victims in hospital’. Actually, he shouldn’t really be called a British doctor. He was struck off the British medical register for ‘misconduct’ in March 2016.

"The General Medical Council won’t say why. And in 2012 Shajul Islam was charged with terror offences in a British court. He was accused of imprisoning John Cantlie, a British photographer, and a Dutchman, Jeroen Oerlemans. Both men were held by a militant group in Syria and both were wounded when they tried to escape. Shajul Islam, it was alleged, was among their captors. Shajul Islam’s trial collapsed in 2013, when it was revealed that Mr Cantlie had been abducted once again, and could not give evidence. Mr Oerlemans refused to give evidence for fear that it would further endanger Mr Cantlie. Mr Oerlemans has since been killed in Libya. So the supposedly benevolent medical man at the scene of the alleged atrocity turns out to be a struck-off doctor who was once put on trial for kidnapping."[5] 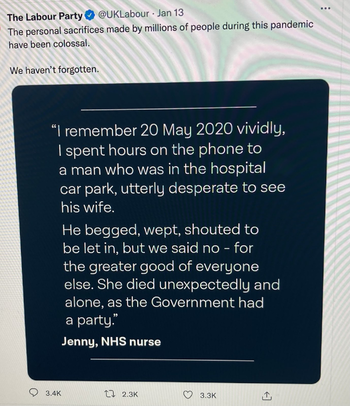 "It’s for your own good. Labour’s amazing endorsement of a nurse who thinks she was right to keep a weeping man from seeing his dying wife . The icy zealotry of COVID authoritarianism revealed".[6]

Hitchens is one of the "most outspoken opponents of the coronavirus lockdown".[7] He headlined a July 4 Daily Mail article We've all turned from normal humans into muzzled masochists![8]

He filed a complaint about BBC coverage of the Douma attack. The BBC have now admitted that their documentary had "inaccuaries".[9]