From Wikispooks
(Redirected from Rothschild)
Jump to navigation Jump to search

The Rothschild family is a wealthy Jewish family originally from Frankfurt that rose to prominence with Mayer Amschel Rothschild (1744–1812), a court factor to the German Landgraves of Hesse-Kassel in the Free City of Frankfurt, Holy Roman Empire, who established his banking business in the 1760s.[1]

Unlike most previous court factors, Rothschild managed to bequeath his wealth and established an international banking family through his five sons,[2] who established businesses in London, Paris, Frankfurt, Vienna, and Naples. The family has exploited central banking to an unparalleled extent.

The family was elevated to noble rank in the Holy Roman Empire and the United Kingdom.[3][4] 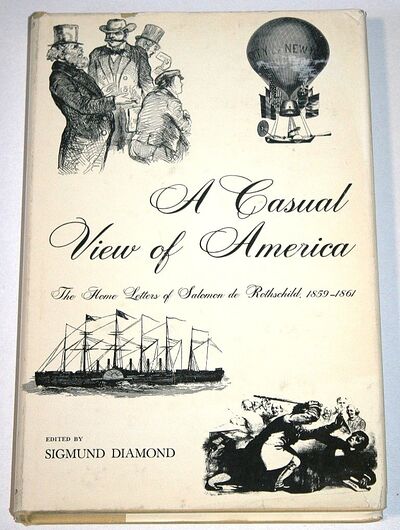 A rare book with re-print of letters by Salomon De Rothschild: A Casual View of America.

During the 19th century, the Rothschild family possessed the largest private fortune in the world, as well as in modern world history.[5][6][7] The family's wealth declined over the 20th century, and was divided among many various descendants.[8] Today their interests cover a diverse range of fields, including financial services, real estate, mining, energy, agriculture, winemaking, and nonprofits.[9]

16 of the 16 of the participants already have pages here: