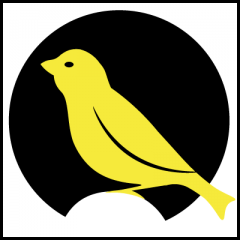 In its own words:
"An online media outlet that has a global outlook and reach. One that isn’t afraid to challenge the status quo, to ask the hard questions and to have an opinion."

The Canary is an online media outlet with what it describes as a unique business model and boasting some of the best news, politics, science, technology, health and wellbeing writers from around the world.[1] A March 2017 media review described The Canary as an alternative UK news site whose target audience is the pro-Corbyn Left, and asked the question: what impact will its business model have on the aim to provide an alternative to the commercially-controlled media?[2]

The Canary laments that a handful of individuals are controlling our mainstream media, that mass media coverage is largely conservative and says a counterpoint is needed:

The team at The Canary believe a free, fair and fearless media is the bedrock of a functioning democracy, because for democracy to work, it requires informed consent from its citizens. We intend to help generate that informed consent by providing our readers with high-quality, well-researched and incisive journalism.

Our content focuses on news, ideas, and key developments that impact democracy, equality and fairness.

Around twenty freelance writers are contributing daily articles to the site, in return for 50% of profit as a proportion of the traffic they generate.

The other 50% is split between a small remuneration for three section editors, and the marketing budget. The Managing Director and Editor-in-Chief won’t take a share of profit until the site is earning enough through advertising, sponsorship, and affiliate marketing to redistribute some of the marketing budget.

We also channel revenue into an Investigative Journalism Fund. This will enable the kind of long form, original, investigative journalism that has become a rarity in the cash-strapped mainstream.

We believe that the people who generate our content should be rewarded fairly. At The Canary, the writers and editors are not beholden to any corporate owner or to the interests of shareholders. Our business model also encourages real team work – we win or lose together.

We see The Canary as an important part of building a new media in the UK – and around the world – which helps move towards a more fair, just and equal world.

"Philip Cross" has made a lot of edits to The Canary's Wikipedia page.

A document sourced from The Canary